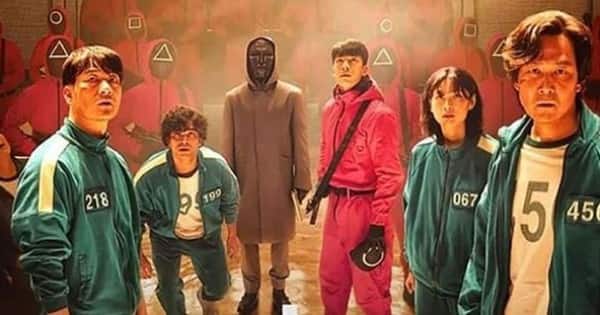 Netflix’s recent South Korean survival thriller, Squid Game has left people all over the world hooked. The show has garnered praises for its complex characters and intriguing plot and has recently turned out to be the most popular show for the streaming platforming dethroning Sex Education Season 3. While some of them are yet watch this 9-part series, we share with you some of the reviews of the fans, which justifies that why it an unmissable show among the audience.

#SquidGame is sweeping the globe. But how does this show reflect the real south Korea? Here’s a look at the real events and dynamics echoed by the shows events and characters: from the debt crisis rocking south Korea to the real “VIPs” who run the country.

A writer from Movie News wrote, “I highly recommend Squid Game to almost everyone. Yes, it’s violent, yet it’s a full-time hard production of stellar performances, memorable characters, and artistic twists. I love watching unconventional hits like this on Netflix and hit foreign productions, and Squid Game turns out to be both.” He added, Squid Game is a wonderful series, and not just for the surprise price of its blood and chaos. Everything from the art direction (the Guards PlayStation button fits into MC Escher’s ladder leading to events) to the performances. it’s one of the TV episodes I’ve noticed from every screen this year, an emotional force that left me on the ground at the end.”

Another user shared his review on Google, where he wrote, “It’s been about 2 days since I finished this show and it has genuinely not left my mind ever since. I usually never leave reviews on shows/movies I watch either, so me leaving one for this show speaks volumes to just how much I enjoyed Squid Game. The acting is beyond phenomenal in my opinion and evoked emotions in me that I had never felt in any other show before. (this review is spoiler free, don’t worry.) Every little detail that went into the production value, the acting, the plot, the character development, the set designs, EVERYTHING was just absolutely amazing. I went into this show thinking I would mostly enjoy it and that would be it, however I did not expect it to impact me as much as it did. The hype Squid Game is receiving at the moment is very much deserved, and I HIGHLY recommend this show to anyone who hasn’t seen it/needs something new to binge on. (really, I finished all 9 episodes in one sitting. over 9 hours.) I have been recommending this show to everyone I know so far and even if you aren’t the biggest fan of violent/bloody shows I genuinely believe to give this one a chance, you won’t be disappointed. This show has something for everyone; it’s emotional, dramatic, comedic at times, and has enough blood scenes for suspense/thrill lovers to enjoy. I really cannot explain enough just how much I love this show, it’s one of my favorites on Netflix now that’s for sure. Kudos to the cast and team behind this show as well, they’ve worked so hard and all the hard work that went into production is rightfully paying off. So if you have been looking for a sign on whether or not to watch Squid Game, this is your sign.”

Calling it a fantastic show, another user wrote, “So I first started watching this awesome ? season through my brother suggesting it too me! And what a beautiful suggestion it was. My oh my goodness this season excited me and to be brutally honest first episode I didn’t have much clue to what it was about, I hadn’t even watched a trailer for it and to be honest I don’t really like the name of the show Squid Game. But the a old saying in life don’t judge a book by its cover and I guess that old saying rings true here. Because it was probably and arguably one of the best Netflix originals since Orange is the new black season one. Like yeah this was fantastic season and I don’t want to give any spoilers away because I’m sure others will want to watch this and I think sometimes best way to watch something is certainly watching it without any knowledge of it and watch from start to finish uninterrupted or knowing what’s gonna come next. But I can’t wait till next season, season two of the show and good thing is they left/ended season one on a very nice ending with a bit of suspense to it but we know also cause he never got on the plane to USA ?? that the most likely a good reason behind this and that reason only one can speculate about however I don’t think that reason is to live his life in SouthKorea but more to complete unfinished business. But I can’t wait till season two and big credits have to go to the creators of this awesome show.”

Terming the thriller, intense and interesting, a netizen wrote, “I LOVE this show I personally think that it is one of the most amazing shows I’ve ever watched. It is very intense and interesting it may be disturbing but it is one of the those shows where u just CANT look away. My cousins and I were sitting on the couch waiting for something to do until my younger cousin then said that we HAD to watch Squid Game. At first I was confused on what we were watching, because I thought it was going to be a boring drama, action type show. I was COMPLETELY WRONG this show was AMAZING even if it was just the first episode it was SO ENTERTAINING! This show kept me at the edge of my seat and I did not want to leave for a SECOND! If you have watched the hunger games I’m sure you would like this show. The only thing I would watch out for if your kids are watching this, is language, blood, some sexual scenes(4th episode) and shootings. This show entertained me for the whole weekend it is awesome although the episodes are long, they explain a lot. The actors, don’t get me started on the actors, they do such a good job acting out the players emotions and how they feel and just their characters in general. I also just fell in LOVE with the story although you feel bad for some of the characters it’s just THAT good to keep watching. The story was just well put, adding normal kids games and making those games into bloody action scenes. You will end up having questions but that’s what waiting for season 2 is for. If you like a drama, action sort of thing when it comes to shows I would suggest you watch this show.”

Without giving any spoiler an user wrote, “Absolutely amazing show. I have never left a review on any show I’ve ever watched in my entire life but I recommend this show to everyone. The plot is not predictable which I find very intriguing. Kudos to the creators because this show, it hits on key fundamental aspects that are overlooked in society. Not only does this show keep you hooked, but it has also made me sit back and ponder on societal interactions as a whole. With all of the negative feelings that circulate in our world today this show is most certainly worth the time and has been the most impactful one I’ve seen to date. There are some gory scenes for those who need a trigger warning but all in all I highly recommend this show to anyone for the impact that it has on you. It’s much needed perspective growth that more people should delve into.”

A user named Luna Veena said that she is waiting for the second part and wrote, “Binge watch this 3 days straight between works and errands, its a great series, one i’m hoping to see more from future korean series. Its like “Battle Royale” (im pretty sure lots of people are familiar with this famous movie series), but with better premise, background story and character-development. Its nicely paced, not too-fast but not a slow-burn either, the timing is just right with every episode shine a new light on different characters as we see them racing, playing, and surviving by all means necessary. How some people really lose it as the story goes and other manage to get by with their humanity still intact. The actings are superb, the story is fresh and i think theres more to explore from this kind of genre. The finale episode is somewhat anti-climax for me, the twist is shocking but doesnt exactly answer the many questions as how the games start and who are the people behind the games; a promising new season to be release. Cant wait!”