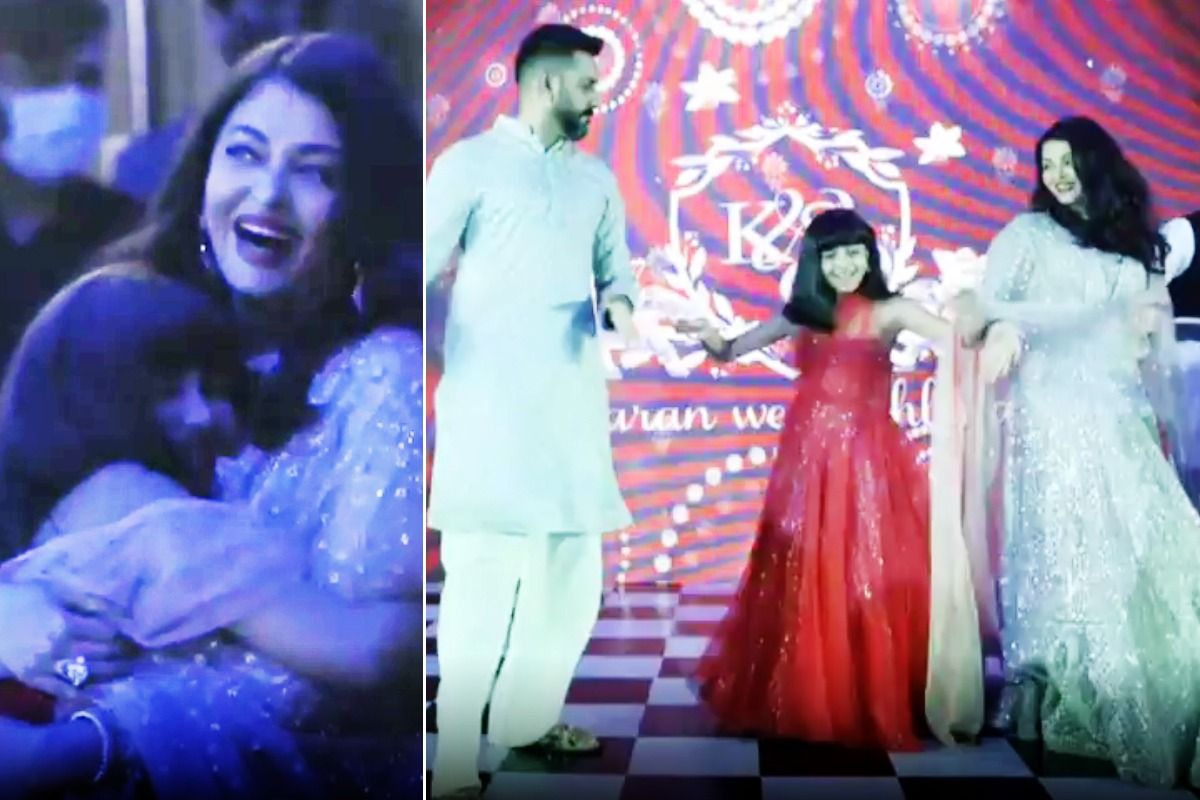 Mumbai: Actor Aishwarya Rai Bachchan has grabbed eyeballs after her video dancing along with Abhishek Bachchan and daughter Aaradhya went crazily viral on social media. Aishwarya attended her cousin’s wedding in February this year. In the video from the wedding which has been shared on Instagram, the couple can be seen grooving along with Aaradhya on the song ‘Desi Girl’ as they perform the hook steps. Abhishek also took over the stage to give an energetic performance. Aishwarya and Aaradhya are also seen hugging each other and grooving at the cousin’s wedding reception party.Also Read – Aishwarya Rai Bachchan’s New Doppelganger Aashita Has Become National Crush, Her Uncanny Resemblance Will Leave Your Jaws To Drop

A new set of pictures from the wedding is going viral on social media. In the photos, Aishwarya is looking stunning in red traditional wear while Aaradhya looked adorable in a white lehenga. The pictures were shared by the account name ‘Monks In Happiness’ but the photos now have been removed. Also Read – State Of Seige 2 Actor Dhanveer Singh Joins ‘Dasvi’ as Abhishek Bachchan’s Brother -Read Deets

Meanwhile, on the work front, Aishwarya has been busy shooting for Mani Ratnam’s magnum opus ‘Ponniyin Selvan’. After completing shooting in Puducherry, she travelled to Hyderabad for the period drama’s final schedule. As per the reports, Mani Ratnam is planning an intense sequence with Aishwarya, Karthi, Trisha, and Jayam. The cast will also shoot for a song in Hyderabad. Also Read – Devdas Completes 19 Years: Shah Rukh Khan Reveals His ‘Dhoti Kept Falling Off’ As He Shares Unseen BTS Pictures

In the film, Aishwarya essays a double role, princess Nandini and her mother, Queen Mandakini Devi.