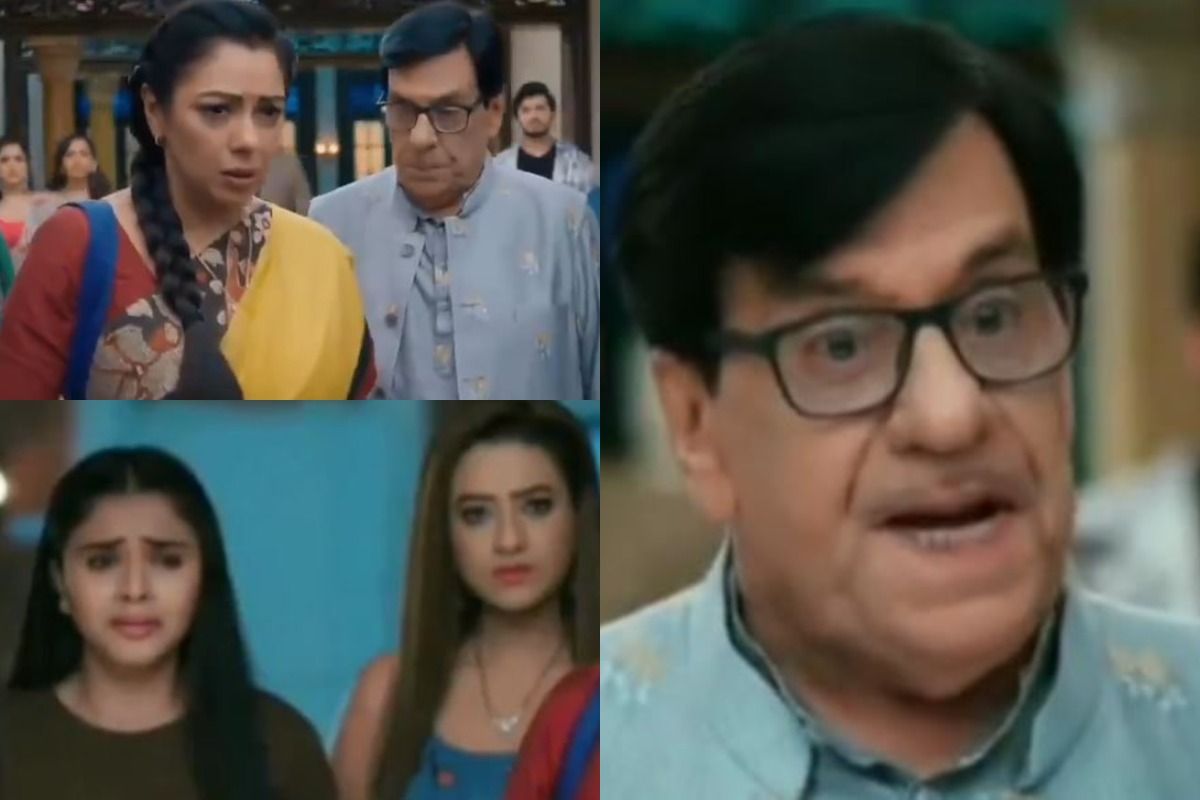 Anupamaa Spoiler Alert: In the upcoming episodes of Rajan Shahi’s popular show, Anupama and Kavya will have a major face-off after the latter refuses to do Pakhi’s makeover. However, when Anupama learns about it, she gets back in the action to help her daughter win the show. In another major twist, as Pakhi suffers from a wardrobe malfunction on the stage during her performance at her school’s annual day function, Anupama once again comes for Pakhi’s rescue and saves her from public embarrassment. Well, Kavya goes speechless and once again faces defeat against Anupama.Also Read – Anupamaa Star Rupali Ganguly Stuns In Black-And-White Checkered Shirt As She ‘Checks Her Dish To Avoid Wrecking’

The upcoming episode will also see a new entry in the show – The Chief Guest of the annual function which is said to be bringing a new twist to the show. If reports are to be believed, the chief guest will apparently bring a big change in Anupama’s life. Also Read – Anupamaa Star Rupali Ganguly, Alpana Buch Aka Baa, Muskaan Bamne Aka Pakhi Groove To Ambarsariya In New Video | Watch

Meanwhile, Bapuji aka Hasmukh Shah took a harsh decision against Pakhi and Kavya and throw them out of the house along with Anupama after Pakhi once again misbehaves with Anupama and denies apologising to her. He announced that no one from the family will go to watch Pakhi’s performance and only Pakhi, Kavya and Anupama will be going as they are the ones performing at the school. Bapuji also gives an ultimatum to Pakhi and Kavya and said that they can take the incident as a punishment or a lesson. While Anupama and Pakhi get upset with Bapuji’s decision, Kavya thinks that it is an opportunity for her to defeat Anupama and manipulate Pakhi. Also Read – Anupamaa Massive Twist: Anupamaa Shuts Down Dance Academy, Long Lost Friend To Bring New Hopes?

n another major twist, Anupama unable to manage 10 lakh for the income tax, gets disheartened and packs her ghunghroo, and locks up her dance academy forever. However, the time when she is all lost and is trying to find a new ray of hope finds her long-lost friend who is set to bring new hopes in Anupama’s life and is likely to save the dance academy and Vanraj’s cafe. Well, we are all excited to know who this new entrant will be, or will it be Advait Khanna, who will confess his love to Anupama.

On the other hand, Kinjal gets suspectful after Pariotosh comes home late every day and further denies leaving the Shah residence. Paritosh, on the other hand, wants to leave the house. However, Kinjal, Samar, and Nandini turn out to be Anupama’s support system.

Watch out for this space for the latest Anupamaa gossip!