‘Are you pregnant?’ Dear fans, stop asking women in Bollywood and TV this cliché question 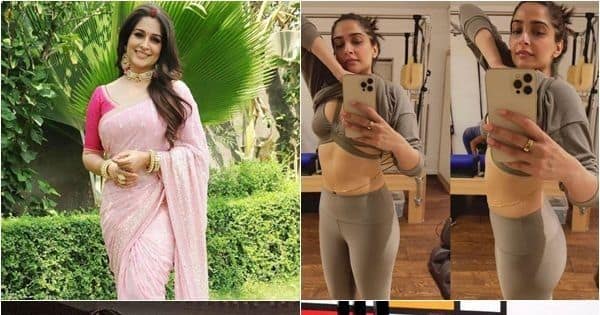 ‘Are you pregnant?’ Dear fans, stop asking women in Bollywood and TV this cliché question

Okay. So let’s admit that most people around us are pretty obsessed with marriages and making babies more than we do for ourselves. The millennials often get bombarded with patriarchal questions like, ‘When are you getting married?’, ‘when are you going to have kids?’ and so on. The list is never-ending. And if you think that you become immune to such invasive questions when famous, then you are definitely missing the elephant in the room.

It wouldn’t be wrong to say that the shelf life of actresses is pretty short compared to their male counterparts whose age doesn’t impact their stardom. They are often asked to hide their relationship status or marriages stating that it would impact their public image. Though the perspective of the industry and its audience have witnessed a major shift in the past few years, certain norms of the patriarchal society seems to be still intact when you often see fans asking Bollywood and TV actresses if they are pregnant when they get married.

Actresses often field personal questions like, ‘Are you pregnant’ every time they step out, be it for work or private outings. No matter how many times they are fed up of answering this question, it keeps popping up into their lives every now and then just like those unwanted and annoying ads on your favourite online music platforms.

The latest rumour had suggested that Dipika Kakar was pregnant since some months now. She was recently spotted in the city and one of the paparazzi asked her if the rumours of her having a baby were true or not. Dipika couldn’t help but laugh at the irrelevance of the question and savagely replied, “Really? I am getting to know about the good news in my life from you guys.”

READ ALSO |  SHOCKING! When Aishwarya Rai Bachchan REVEALED she was replaced in many movies by Shah Rukh Khan; here’s how the superstar had apologised

Your question may seem harmless, but it can pave the way for their growing bodies, which could lead to being self-conscious about their appearances and make them feel uncomfortable in public.

So dear fans, please stop before you start offending your favourite stars who then might not want to communicate with you by any means possible. The choice is yours. Also Read – Before Samantha Ruth Prabhu – Naga Chaitanya divorce rumours, reports of spilt of THESE much loved celeb jodis that rocked the film industry