BIG NEWS! Thala Ajith’s Valimai to have a grand theatrical release during THIS festive weekend 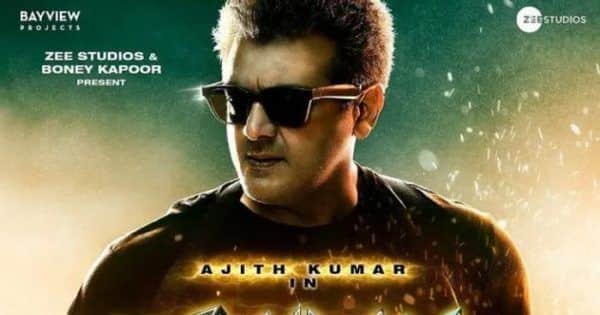 BIG NEWS! Thala Ajith’s Valimai to have a grand theatrical release during THIS festive weekend

It’s a big news for all Thala Ajith fans as the makers of Valimai have announced the release date of the film, which is Pongal 2022. Boney Kapoor, who is one of the producers of the film, shared the news on Twitter as he wrote, “Happy to announce that #Valimai will hit the screens on Pongal 2022. #ValimaiFromPongal #ValimaiPongal #Valimai.” Interestingly, Thala Ajith has delivered a blockbuster during Pongal a few years back in the form of Viswasam. Also Read – Thala Ajith’s Valimai, Rajinikanth’s Annatthe and more: Check out the TOP 5 Tamil films fans are eagerly waiting for – view pics

The makers recently wrapped up the last schedule of the film in Russia post which the lead actor went on a bike trip to explore the beauty of the city. Talking about the film, the plot of Valimai revolves around him and his biking gang, who are street bikers and are engaged in illegal things. Thala Ajith is taking on this gang as a kickass cop, who wants to eradicate the crime completely. In the film, we will see multiple bike chasing scenes and reportedly both the stars have not used any body double or VFX to perform these stunts, so that it looks authentic on the silver screen. Also Read – Valimai actor Kartikeya Gummakonda gets engaged to longtime girlfriend Lohitha Reddy; says ‘my best friend who now is my partner for life’

The film marks the second collaboration between Thala Ajith, director H. Vinoth and producer Boney Kapoor after Nerkonda Paarvai, which was the official remake of Amitabh Bachchan, Taapsee Pannu, Angad Bedi and Kirti Kulhari starrer Pink. Valimai also stars Kartikeya, Huma Qureshi, Bani J and Yogi Babu in pivotal roles. Interestingly, Thala Ajith, Boney Kapoor and H Vinoth will collaborate again for Thala 61, which will go on floors later this year. So, what are you excited for the grand release of Valimai? Tweet to us @bollywood_life. Also Read – Kylie Jenner-Travis Scott, Neha Dhupia-Angad Bedi and more Hollywood and Bollywood celebrities who embraced parenthood before tying the knot – view pics

READ ALSO |  Not Aamir Khan but THIS other Khan was the first choice for Dangal? like 1