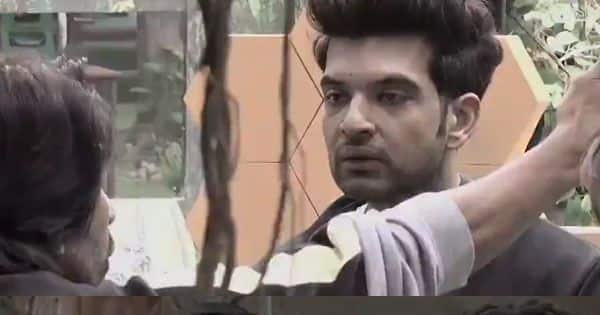 Bigg Boss 15 has started off on a great note. We must say that this lot is highly competitive and does what it feels best. Vishal Kotian, Tejasswi Prakash and Karan Kundrra are all going strong in the game. In fact, Teja and Karan have maximum support on ground level, which is a must to win the show. A new promo has been released by the Twitter handle of Colors where we can see that a discord has crept up between Karan Kundrra and Vishal Kotian. The former is upset at the strategy of the latter where he did not tell Karan what he was planning to do. Now, Jay Bhanushali, Miesha Iyer, Tejasswi Prakash and Akasa Singh are in the main house. Also Read – Bigg Boss 15: Karan Kundrra fans appreciate his genuine efforts during the task; have a special request for Salman Khan during Weekend Ka Vaar – read deets

Later, Karan Kundrra warns Shamita Shetty that Vishal Kotian is not someone she should trust in the game. Tejasswi Prakash and Vishal tell Karan that they have their own minds to play the game. Karan feels very betrayed and shares the same with Nishant Bhat. It looks like Vishal Kotian is using all his brains to move ahead on the show. He is the master manipulator of the season. The show is about that, and it sure changes things. Will Karan Kundrra be left without friends as the days progress on Bigg Boss 15? Also Read – Bigg Boss 15: Raqesh Bapat loses his heart to Shamita Shetty again after her warm gesture for Miesha Iyer

READ ALSO |  Bigg Boss 15: With Umar Riaz all set to enter Salman Khan's show, here's a throwback of the moment when Asim Riaz thanked him for his efforts