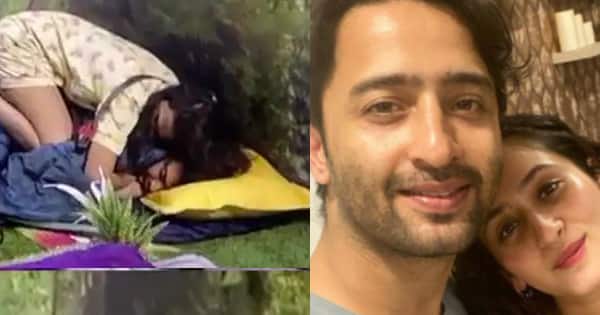 Indian Television industry never stays calm. It’s stars are always ruling the headlines. Even though OTT has become a trending platform for entertainment lovers, TV still rules the hearts of the millions. On that note, here is a look at all the important and trending TV news of today. Also Read – Manzoor Dil: Pawandeep Rajan and Arunita Kanjilal share the most challenging part of shooting their latest love ballad [Exclusive]

In an unseen undekha video from the Bigg Boss 15 house, we see Karan Kundrra and Tejasswi Prakash sharing a sweet moment. While Karan is sleeping, we see him pulling Tejasswi towards him suggesting her to cuddle. Fans are going crazy over this video rooting for TejRan. Also Read – Manzoor Dil teaser: Pawandeep Rajan proposes Arunita Kanjilal and their crackling chemistry will leave Arudeep fans wanting for more

On Monday, the Haryana Police on Monday arrested Bigg Boss 9 contestant Yuvika Chaudhary for allegedly using a casteist slur in a video. She had been booked under the SC/ST Act, but she was granted interim bail too.

READ ALSO |  Will Divya Agarwal miss out on a berth to Bigg Boss 15 starting from October 3? This is what we know

Husband and wife, Shaheer Sheikh and Ruchikaa Kapoor took to their respective social media accounts to share lovey-dovey posts for each other. Sharing a candid picture, Ruchikaa wrote, “Marry someone who laughs at all your jokes… especially the bad ones ?❤️#lifeofadventure #1down ? #MadUs.”

In an interview with us, Indian Idol 12 stars Pawandeep Rajan and Arunita Kanjilal were asked if they will ever be a part of shows like Bigg Boss or Khatron Ke Khiladi. To this, both of them stated that they cannot be a part of such shows. “Humse na ho payega,” is precisely what they said!

Since Nishant Bhat is the captain of the Bigg Boss 15 house, he had to nominate the housemates for eviction and save one. He kept his friendship and saved Pratik. However, he did nominate his good friend Karan Kundrra along with Shamita Shetty, Vishal Kotian, Afsana Khan, Miesha Iyer and others.