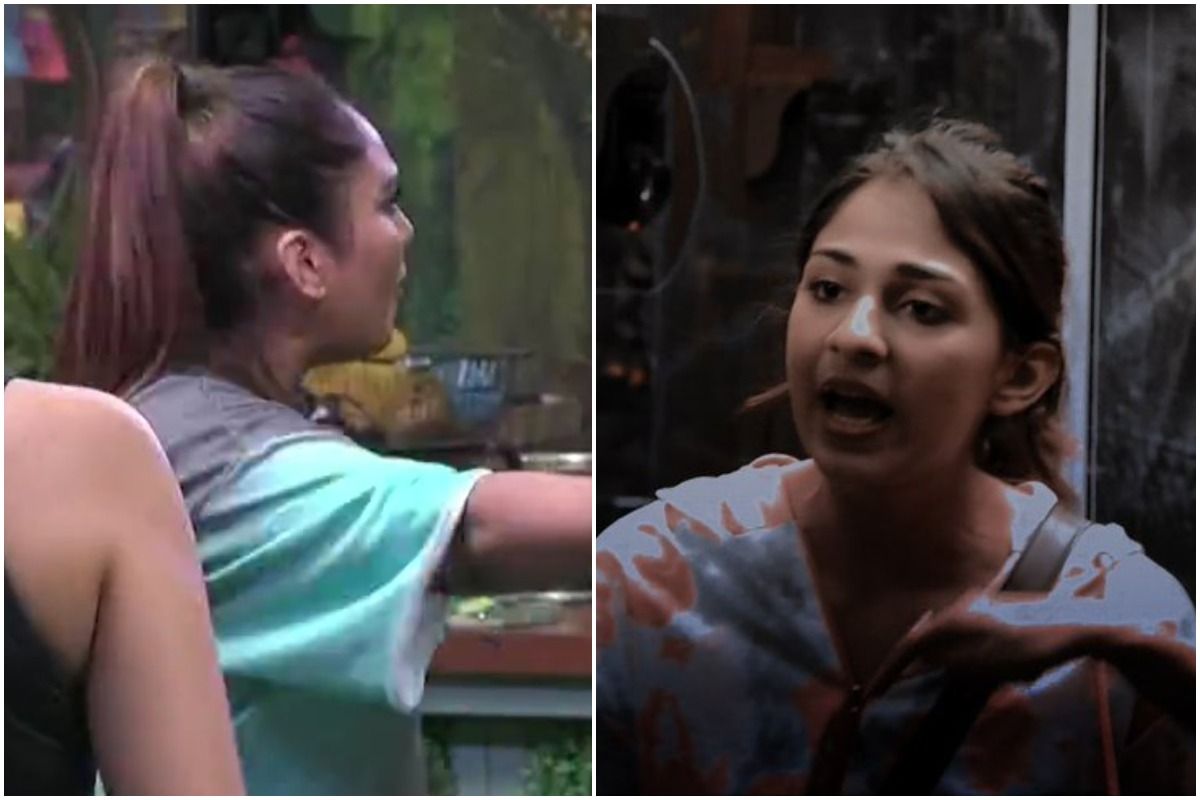 Mumbai: The ‘dangla’ in Bigg Boss’ jungle has begun. A day after the grand premiere of Salman Khan’s show, Bigg Boss has stepped up the game. In the recent episode, Bigg Boss announced that all the contestants have to turn in their belongings except for the essentials. Bigg Boss further asked Shamita Shetty, Pratik Sehajpal and Nishant Bhat to ensure that his orders are followed.Also Read – Bigg Boss 15: Jay Bhanushali Warns Pratik Sehajpal To ‘Watch His Tone’

While the inmates were discussing whether to let the men use trimmers or not and everyone is supporting the decision, Afsana Khan said that it’s Bigg Boss’ property and let’s give it back. Vidhi who was standing just next to her asked her to not say anything as the boys won’t be able to use them. However, soon, this turned into a heated argument. Afsana lost her control and lased out at Afsana. “Tu hoti kaun hai mujhe bolne waali? (Who are you to tell me what to do?)” Afsana shouted. Vidhi also lost her control and what followed was an ugly war of words between the two. Vidhi also warned Afsana and said that she can’t get physical with her. Also Read – Bigg Boss 15: Simba Nagpal Gets Into Ugly Spat With Jay Bhanushali, Age-Shames Him

Later, when it came to keeping their luggage in the BB cave, Afsana taunted Vidhi and said that she won’t keep it. But Vidhi was quick to remind her that Bigg Boss has ordered it and they all must follow. To this, Afsana said that if she is so interested then she can keep her luggage too, to which Vidhi replied that she is a contestant here and not her servant. Also Read – Shamita Shetty-Raqesh Bapat’s Mushy Romance On Ranjha Is Winning Hearts | Watch

Earlier in the episode, Vidhi and Raj had accused Pratik of wrong intentions and alleged that he entered the room while Miesha was changing. However, Pratik explained that there is nothing like this. Shamita Shetty too backs Pratik.

Follow this space for more updates related to Bigg Boss 15.