Breaking! Raj Kundra gets bail on a surety of Rs 50K after spending two months in jail in pornography films case 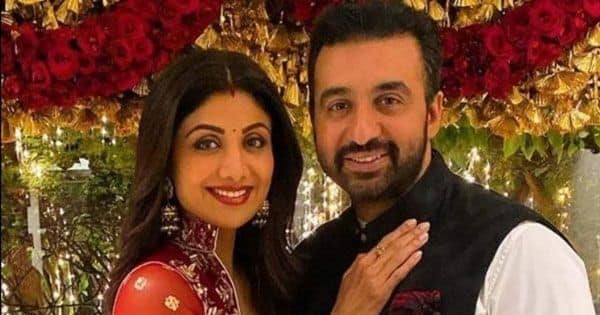 Breaking! Raj Kundra gets bail on a surety of Rs 50K after spending two months in jail in pornography films case

In a big development, Shilpa Shetty’s husband Raj Kundra has got bail in the pornography films racket. This is indeed good news for the actress and her family. He got bail after spending two months in jail. It seems he had to submit a surety of Rs 50,000. He was arrested on July 19, 2021. The Mumbai Police has named him as a key conspirator in the case. The actress has been praying for his return for a while now. Raj Kundra along with an associate was held at a Mumbai Jail. The businessman’s friend Ryan Thorpe has also been given bail. Also Read – From calling Shilpa Shetty ‘Didi’ to asking her to accept her mistake: 5 comments/reactions of Sherlyn Chopra that grabbed headlines – view pics

The actress celebrated Ganpati as usual at her residence. Her sister Shamita Shetty is also back from the Bigg Boss OTT house. Shilpa congratulated her Tunki for playing well on the show. It seems she might be a part of Bigg Boss 15 too. Shilpa Shetty is also back on Super Dancer 4. She has revealed how she stayed positive in the middle of this storm. It seems Raj Kundra was the owner of Hotshots application, which has its headquarters in the UK. Also Read – Trending Entertainment News Today: Sherlyn Chopra makes shocking revelations in Raj Kundra pornography case, Rakhi Sawant trends on Twitter and more

Let us see if some official statement comes soon from the family!