Celebratory Tribute to Captain Vikram Batra, His Bonds And Bravery 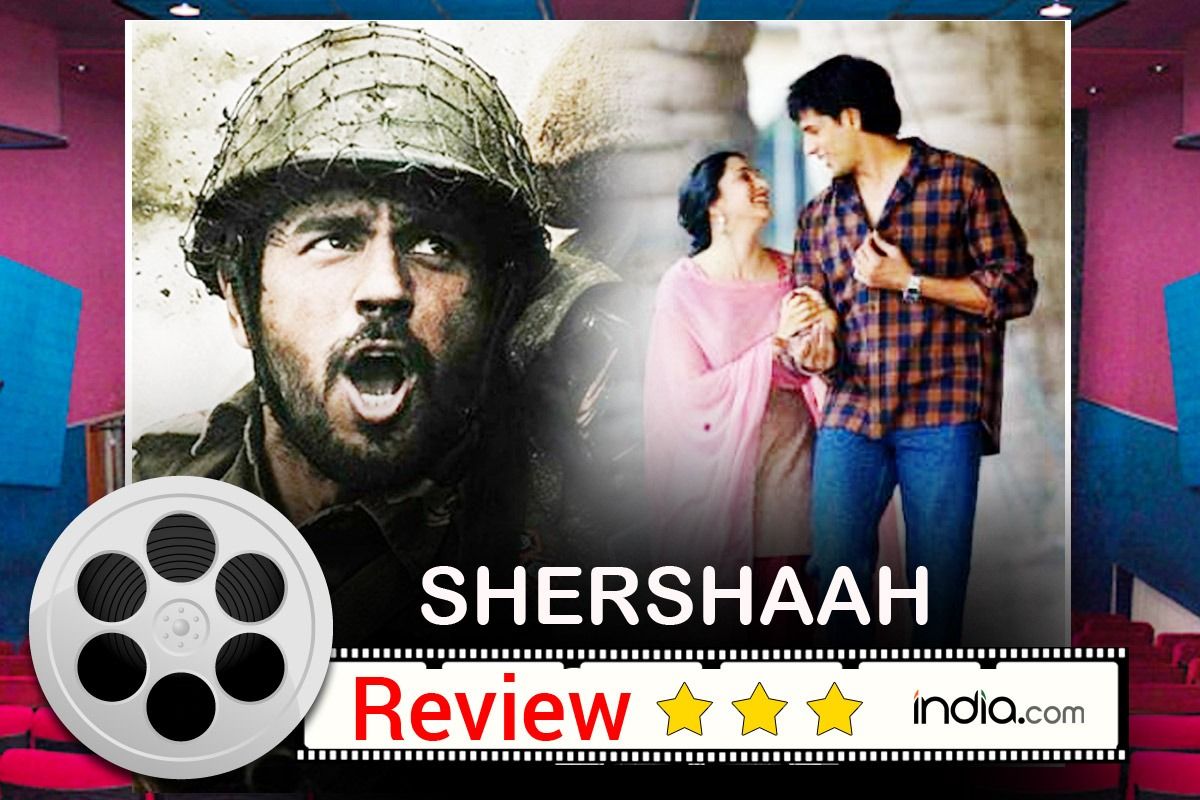 Celebratory Tribute to Captain Vikram Batra, His Bonds And Bravery

Shershaah Movie Review: Why should a soldier be seen without his family and the relationships that he has made in his personal life? Why do we only look at him as this man who’s made of iron, whose heart only beats for the motherland? Why can’t he be both – a loving family man and a braveheart on the ground? He is the man who might be driven by his zeal to protect the country, but he can’t be devoid of the feelings, the strength he derives from the fact that his work is protecting his family and friends back home. And that’s probably the best thing about Shershaah. It doesn’t see Captain Vikram Batra as just the man on a mission. It sees him as a lover, a friend, and a family man who had fun with his colleagues and who believed in ‘trusting others for them to have faith in him.’Also Read – Interview: Shershaah Director Vishnuvardhan And Writer Sandeep Srivastava Unravel Captain Vikram Batra’s Story Like You Never Knew Before

For writer Sandeep Srivastava, the man behind that uniform enchanted him towards the story. And that certainly comes across in the Vishnuvardhan directorial that is now streaming on Amazon Prime Video. Shershaah begins by exploring Batra’s childhood with his identical twin brother Vishal Batra. The story establishes that it wasn’t sheer luck or an impromptu incident that made him a soldier but it was a well-thought, planned decision – a dream that Captain Vikram Batra had seen since childhood that helped him to swim against the tide and achieve those stars on his shoulders. Also Read – The Family Man 2 Review: Better Than The First; Manoj Bajpayee is Star But Samantha, a Hero!

A ‘Palampur ka sidha sa ladka‘ ended up doing something so exemplary that he became historic. His quick decision-making skills, empathy towards his fellow soldiers, and his heart that ‘always wanted more’ contributed big time in ending the Kargil War of 1999. Shershaah, titled after Captain’s code name during the war, tries to celebrate all of that. The movie shows Batra falling in love, and enjoying his college days like a regular young boy. And yet his dream of joining the army never takes the backseat. He is a man who is filmy enough to propose his lover on one knee and nicking his finger to substituting sindoor with his blood. And yet when the duty calls, he refuses to rest, takes the bullet on the chest, and dies chanting ‘Durge Mata Ki Jai’.

At its best, Shershaah shows how Captain Vikram Batra might have just led a full life even at the age of 25. He always had the support of the family, friends who would dance in joy in his company, and a lover who loved him beyond any sentence can ever describe. The movie shows many instances that reflect how Captain was driven by his bonding with his colleagues, his seniors, and even those who were lower in rank than him. As if a character created by the best of film writers in our dramatic Hindi film industry had just come alive. Captain Vikram Batra was what a man would look like if he had Rajinikanth-styled bravery, Dilip Kumar-inspired looks, and the kind of love stories only SRK can be associated with. Now imagine this man in a battle and what he is capable of doing to the enemy!

Sidharth Malhotra might not have looked exactly like the Captain, but he seemed honest in his portrayal. The winner was his undeniable chemistry with Kiara Advani. Together as Vikram and Dimple, they create some of the most beautiful moments in the film, predictable but gorgeous!

It’s hard to feel satisfied with any story about Captain Vikram Batra rolling on the screen. Probably because some stories are only lived, not recreated. Shershaah tries to give to the audience the ‘man’ behind that ‘captain’ and it doesn’t fail at that. What he did and how he did it – is what the country knows and truly respects but the movie shows more about what we never knew. There lies the celebration… of Captain Vikram Batra’s whole life, not just the soldier in him!