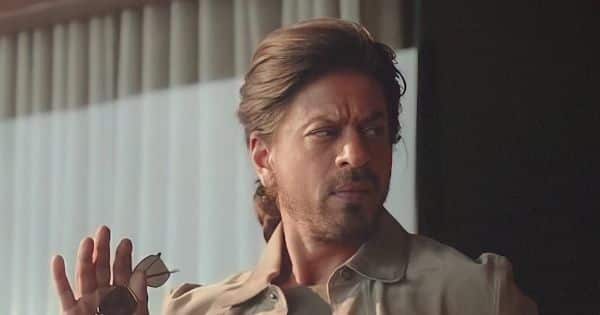 OTT has blurred the lines so much between traditional stardom and stars being easily accessible in our living rims, bedroom or even within the palm of our hand, that today, it’s not in the least bit surprising when the last of the superstars like Salman Khan, Akshay Kumar, Ajay Devgn premiere their movies on OTT platforms, skipping theatrical releases, owing to how drastically the dynamics within the industry have changes post the COVVID-19 pandemic, continued theatrical shutdown in Maharashtra and reluctance of the public in general to venture out to theatres in other parts of the country, too. And, it finally looks like the biggest superstar of all, Shah Rukh Khan, may also be hoping onto the bandwagon if his latest hint is anything to go by. Also Read – A look into the ultra luxurious vanity vans of Shah Rukh Khan, Alia Bhatt and others will make your head spin – view pics

Taking to his official Twitter handle, Shah Rukh Khan posted a video, where you can see the customary massive crowds gathered below his palatial mansion, and he waving out to them in his signature style, after which, he asks actor Rajesh Jais, also seen on his balcony with him, if he’s ever see anyone who receives so many fans outside their home? Also Read – #BLRecommends – From Raaz to Bhoot: 7 Bollywood horror films that will make you scream in fear

While Rajesh Jais agrees with him, he also raises concerns if it’ll continue to be this way, considering several big stars are now appearing on OTT, with Disney+ Hotstar’s name take in particular, and SRK is the only one left to make his OTT debut, making us wonder is Shah Rukh is poised for his big OTT launch on Disney+ Hotstar and this video is the allusion to a blockbuster announcement around the corner. Watch it below: Also Read – From Hrithik Roshan to Emraan Hashmi: 7 actors over 40 who defied their age with their epic body transformations

What’s more, no sooner than Shah Rukh Khan posted the video, good friend and filmmaker Karan Johar retweeted it with a caption that read: “Never thought I’d see the day when even the Baadshah of Bollywood feels FOMO. Now I’ve seen everything!! @iamsrk ,” proceeded by Ranveer Singh sharing the video on his Instagram handle with another caption about SRK’s FOMO that went by: “INKA SANS OF HUMOR TOH ALAG HAI BHAISAHAB!!! @iamsrk KO BHI FOMO HO SAKTA HAI?? #SiwaySRK #ad .” Check them out here…

Never thought I’d see the day when even the Baadshah of Bollywood feels FOMO. Now I’ve seen everything!! @iamsrk pic.twitter.com/2k8qIczNME

So, is this all in preparation for Shah Rukh Khan’s bug OTT debut on Disney+ Hotstar and what does that hold in future for King Khan’s Netflix deal, where all his productions, including his films and the web series that he’s produced, have been released? Time alone will tell.