Divyanka Tripathi Dahiya is ecstatic as she receives Khatron Ke Khiladi 11 ‘Lion’ trophy made by her fans; calls it her ‘good karma’ 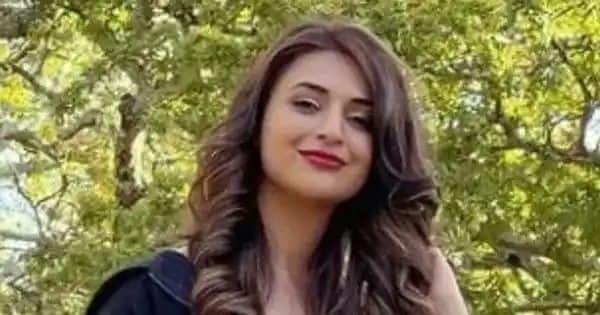 Divyanka Tripathi Dahiya is ecstatic as she receives Khatron Ke Khiladi 11 ‘Lion’ trophy made by her fans; calls it her ‘good karma’

While Arjun Bijlani won the 11th season of Khatron Ke Khiladi hosted by the blockbuster Rohit Shetty, Divyanka Tripathi Dahiya, who emerged as the first runner-up, was a winner for the viewers. In fact, we saw fans slamming the channel and makers for being biased with Arjun and said that the the Dhaakad Girl aka Divyanka deserved the winner’s trophy. Also Read – TV News Weekly Rewind: Bigg Boss 15 list of contestants, Mohsin Khan-Shivangi Joshi’s last day on Yeh Rishta Kya Kehlata Hai and more

And we must say that her loyal fans have made sure that she becomes the winner as they have sent her the trophy made by them, which is similar to what Arjun won. The actress shared her happiness and posted a video with a trophy and wrote, “Lo mil gai…This is insanely creative. Hence, I couldn’t resist sharing this gift of love with you all. Vote of thanks to banta hai…”My very loving people it must be some good Karma or I may be in good books of God to have you all in my life, otherwise how did I get this lucky? I can imagine the amount of thought, coordination & effort that must have gone into it! Thanks for making my victories and losses so special and becoming an inseparable part of my life.” Also Read – TRP Report Week 38: Rupali Ganguly-Gaurav Khanna’s chemistry makes Anupamaa win again, Taarak Mehta Ka Ooltah Chashmah sees a major drop

Reacting to fans accusation of being a fixed winner, Arjun Bijlani had told FilmDhamaka, “The finale stunt, I did it faster. The other day Divyanka did some stunts faster. I was better on that day, the channel was not doing the stunt. Once people see it, they’ll know it is a tough tough stunt, and Divyanka was caught in the net for a while. Everyone who saw the stunt knew I did it faster.” He added, “The point is everyone wants their faves to win. Her fans felt she should have won, my fans wanted me. I did it faster so I won. I did not win as the channel wanted me to win. It is odd to think or assume that’s how all reality shows work. I take such comments with a pinch of salt.” Also Read – TRP REPORT Week 38 by ORMAX MEDIA: The Kapil Sharma Show TRUMPS over Anupamaa again; Udaariyaan soars high