Do you think Miesha Iyer is playing with Ieshaan Sehgaal’s feelings? Vote now 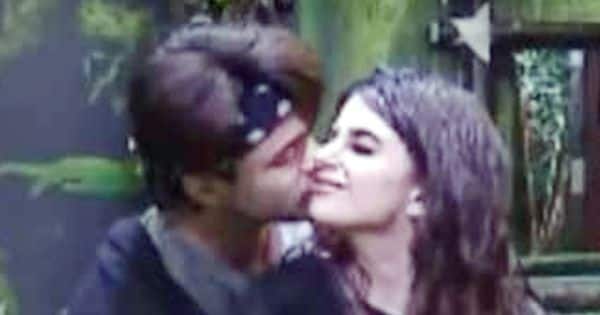 Do you think Miesha Iyer is playing with Ieshaan Sehgaal’s feelings? Vote now

During the weekend ka vaar episode, we saw Rajiv Adatia entering the show as the first wild-card contestant. We already know he is close to Shamita Shetty. He also told Salman Khan that he is going to let Shamita know about Vishal’s negative motive. He said he doesn’t like Vishal as he is very toxic. We also saw him say that he knows a few of the contestants like Jay, Karan, Ieshaan. We saw him enter the house and play his mind games. Rajiv reprimanded Ieshaan for dating Meisha by pointing out he has forgotten his intention in the ‘BIGG BOSS’ house, and that their relationship is not good for his ‘image’. Ieshaan told Rajiv that he has no one except Miesha. Rajiv tells him that Ieshaan’s family is not happy with his relationship with Miesha. Also Read – Bigg Boss 15, Day 22, Twitter Reactions: ‘Nazar Na Lage inko’ Fans cannot stop rooting for #TejRan as Karan Kundrra-Tejasswi Prakash indirectly confess their feelings

Rajiv also tells him that he is looking like a dog who keeps roaming behind Miesha. He tells Ieshaan that Miesha is just using him because first she tried that with Pratik but he didn’t respond and she came to you and you fell for it. Also, during the nominations, we saw Karan Kundrra, Rajiv and others saying that Ieshaan Sehgaal is under Miesha’s influence. He does only those things that Miesha tells him. People also said that Ieshaan can play well but he is only around Miesha and hence isn’t really in the game. We also saw Ieshaan confronting Miesha for her behaviour towards him. He complains that she keeps Pratik, Simba and Umar on the same level as him. With so many people talking about Miesha’s influence on Ieshaan, we thought of asking fans whether they think that Miesha Iyer is playing with Ieshaan Sehgaal’s feelings. Also Read – Bigg Boss 15, Day 22, Live Updates: Karan Kundrra and Tejasswi Prakash talk about their choice of life partners

Vote now and let us know what do you think about this love angle.