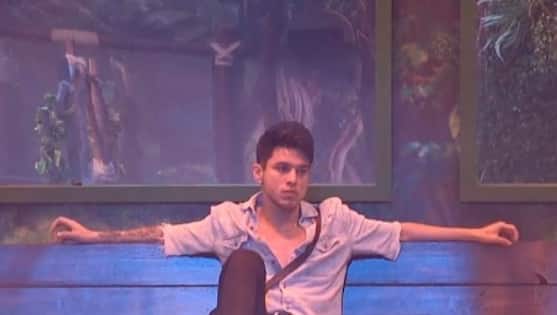 Bigg Boss 15’s first week has been a rather eventful one. There is one man who has emerged as the villain of the house, it is Pratik Sehajpal. The young man is volatile like anything and does not seem to care. He is also very opinionated and stubborn. He has had huge fights with Karan Kundrra, Jay Bhanushali and Vishal Kotian on the show. Yesterday, things got rather nasty after the bathroom latch incident involving Vidhi Pandya. Though he apologized to her the members felt it was rather insincere. Salman Khan has blasted Pratik Sehajpal on the first weekend ka vaar. He has said that he is looking like a fool front of the world. Also Read – Bigg Boss 15: Did Ieshaan Sehgaal and Meisha Iyer smooch in one corner of the house? — watch video

Though Pratik Sehajpal got immense fan base from Bigg Boss OTT, his stint on Bigg Boss 15 has not been that noteworthy. But he is making a lot of noise. The makers seem to be relying on him for content. Fans are trending Stay Strong Pratik after seeing how demotivated he is with the verbal bashing that Salman Khan has given him. Check out the tweets… Also Read – Bigg Boss 15: Asim Riaz and Himanshi Khurana come out in support of Umar Riaz; slam Afsana Khan for her ‘Tu doctory kar’ comment

If Someone pelting Stone You keep giving them a Flower
Because Love is our power..

No One is there for Support of PratikSehajpal
…
And instead of it all are Putting Allegations Blaming Pratik , Character ….assenation and all.

We are becoming stronger day by day! Sher is trending for all the week..
STAY STRONG PRATIK

This is just the starting. People will defame him, will say he’s wrong but does it even matter to us I dont think so. In the end karma will always hit them back

There is already close to half a million trend for Pratik Sehajpal. We have seen that fan base of contestants slammed by Salman Khan somehow grows a bit. It happened with Rubina Dilaik and Asim Riaz as well. Do you feel that Pratik Sehajpal will climb ahead in the coming days! Also Read – Bigg Boss 15: Do you feel that Meisha Iyer-Ieshaan Sehgaal’s love angle is TOTALLY cooked up for the show? Vote Now