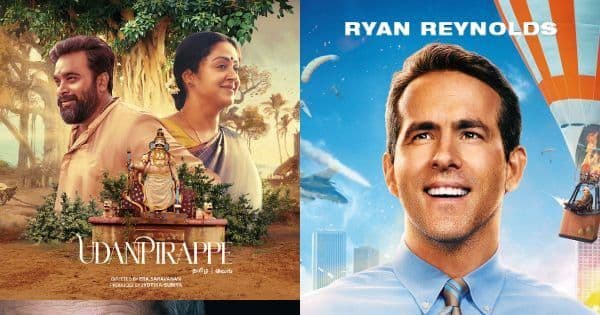 With another day having finally faded away into the night sky, it’s time to look back at the biggest newsmakers from the OTT space who’ve made it to the trending entertainment news today. From Ryan Reynolds starrer Free Guy’s OTT release date and A.R. Rahman opening up on House of Secrets – The Burari Deaths to Jyotika’s Udanpirappe trailer, the Fauci trailer and Sanjay Leela Bhansali being criticised for Heeramandi – here’s all what grabbed headlines to make it to the trending OTT news today… Also Read – Sara Ali Khan pens a sweet note to wish her Atrangi Re co-star Dhanush on his 38th birthday; shares an uber cool pic

So, without further ado, here are the entertainment newsmakers of 4th October 2021:

A.R. Rahman opens up on House of Secrets – The Burari Deaths

Netflix’s House of Secrets: The Burari Deaths traces the mystery behind India’s infamous Burari Deaths, where eleven members across three generations of a family were found dead under strange circumstances in their house in Delhi. Directed by Leena Yadav and Anubhav Chopra, the original score of the docuseries is composed and produced by Oscar winner AR Rahman. Releasing on 8th October, House of Secrets: The Burari Deaths takes viewers through different stages of the investigation, bringing forth striking and unexpected revelations. Opening up on his experience of collaborating with Leena Yadav, A.R. Rahman said, “Collaborating with Leena Yadav ji on House Of Secrets was a unique experience for me. Since the docu-series concerns a sensitive, complex issue, it required a distinct, nuanced musical approach — enigmatic yet gripping. I am glad to have worked on such a project, which so far has been an unexplored territory for me.” Also Read – Indian Idol 12: From an emotional rollercoaster ride to mesmerizing tributes, 6 hints why A.R. Rahman’s episode will be an unmissable treat

Amazon Prime Video Launches the Trailer of much-awaited, Jyotika-starrer family drama, Udanpirappe. Unfolding the story and beautifully showcasing the deep bond between two siblings, Udanpirappe marks the 50th film for Jyotika. Produced by Jyotika and husband Suriya, and written and directed by Era Saravanan, Udanpirappe will have itspremiere in Tamil and Telugu (Raktha Sambandham) on Amazon Prime this Dussehra, 14th October. Watch the Udanpirappe trailer above…

Fauci delivers a rare glimpse into the long-standing professional career and personal life of the ultimate public servant, who, after a lifetime of service, faced his biggest test: A pandemic whose ferocity is unmatched in modern history. With his signature blend of scientific acumen, candor and integrity, Dr. Anthony Fauci became a cultural icon during the COVID-19 pandemic. But that has come at a cost as he has also faced attacks from adversaries in a nation increasingly divided by political party lines — with science increasingly caught in the crosshairs. Disney+ Hotstar announced that Fauci, the feature documentary about the nation’s top infectious-disease expert and dedicated public servant, Dr. Anthony Fauci, M.D., will premiere on the OTT platform this Wednesday, 6th October. Watch the Fauci trailer above…

As Sanjay Leela Bhansali gets ready to reveal the untold stories of Lahore’s red light district, Heera Mandi, Pakistani actress Ushna Shah has joined the chorus of unhappy voices over the fact that an Indian Director will be helming a web series on a historic province that belongs to their homeland.

Read the full story here: Pakistani actress Ushna Shah unhappy with Sanjay Leela Bhansali making a web series on Heeramandi: ‘This would be like a Pakistani director making a film about Mahabharata’