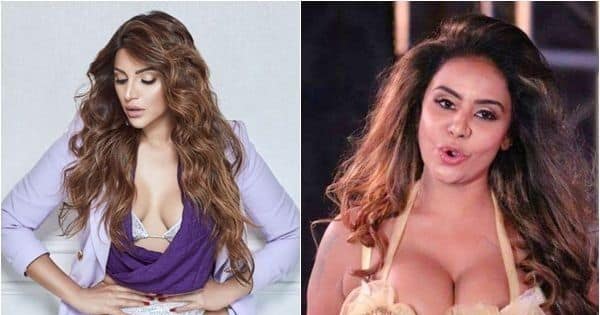 Casting couch exists everywhere. Several celebrities have previously spoken out about their horrific casting couch experiences in both southern cinema and Bollywood. Some of them dealt with it as maturely and wisely as they could and moved on, some stories continue the haunt the industry with their unsavoury moments. Also Read – When birthday boy Ayushmann Khurrana gave up on his Bollywood career and started playing at college gigs

“My casting couch experience was horrible. I went to meet this director regarding work and he wasn’t behaving in a professional demeanor. I didn’t appreciate the fact that he would touch me in my thighs without my consent. I even told him after the meeting that ‘Sir before the meeting, my respect for you was extremely high but now, it’s nowhere. I am ashamed to have been an admirer of your work.’ It’s extremely difficult because I was so young then that it took me time to get a hang of what exactly happened while distinguishing between what’s a good touch and what’s not a good touch. My father used to accompany me for meetings there onwards. I have been born and brought up in a certain way due to which I have my own morals. The incident took a toll on my thinking and I have even dealt with suicidal thoughts earlier due to this. It was not easy for me at all. It’s never easy for any woman. It’s extremely shameful and it shouldn’t happen to anyone. Looking back now, I feel all these things made me stronger as an individual,” she told IWMBuzz. Also Read – Ayushmann Khurrana’s upcoming films Chandigarh Kare Aashiqui, Anek and Doctor G to take the OTT route? Here’s what the actor says

“I think once an actor in South called me on my room phone and tried to get flirtatious and I just was so rude to him. I think he fought with me later on. But anyway, I haven’t ever got a request saying that you have to sleep with us. Oh, once I got a call and they said ‘they’re doing this film in Bollywood and I want you to have a meeting with them. But would you be okay sleeping with that person?’ And I laughed! I said you’re so funny, you’re very funny and I said no I’m not. Ask him to go to hell,” she told Bollywood Life. Also Read – Ayushmann Khurrana reveals the one thing he wants to achieve with his next films Anek, Chandigarh Kare Aashiqui, Doctor G

“I faced casting couch thrice. There was a time I was told to accompany a film director for a recce and I was told ‘I want to know every inch of your body’. I just started ignoring calls from then on,” she told Pinkvilla. She then added, “One filmmaker to see how my cleavage looks and one filmmaker wants to see how my thighs looked. This kind of stuff happens.”

“A casting director had told me, ‘I’ll give you the lead role if you showed me your tool.’ I told him I’m straight and I politely refused his offer,” he told Pinkvilla.

“A year ago, I got a call from a random unknown number. They were like, ‘we’re doing a web series and we wanted to cast you’. They told me the budget and I said, ‘no, this is too less and why are we talking about the budget? Tell me the script. Only if I’m interested and you are interested in roping me, we can discuss about money, dates and all’. So he’s like ‘we’re asking people if they are okay with the budget’. When I said ‘no, it’s less’, he tripled the budget just in his next sentence. He said, ‘I can give you this much also, but aapko ‘compro’ (compromise) karna padega’. Suddenly, I don’t know what triggered me, I started abusing him. Told him ‘aap phone rakho, how dare you? Mai police ko complaint kar rahi hu’. I was really mad because in this pro imposed #MeToo era, I was baffled at how things like this still happen,” she told Koimoi.

“He (filmmaker) stalked me during the day and called me through the night. I was asked to go to his hotel room on the pretext of discussing the scene and would find him drinking. During the first week itself, he started talking about love and sex and one night, arrived in my room, drunk, and asked to be hugged. It was scary,” she told Mumbai Mirror.

Tollywood actress Sri Reddy initiated a debate on the prevalence of casting couch in the entertainment industry. She stripped in front of the Telugu Film Chamber of Commerce office in Hyderabad in 2018 and accused many prominent names of luring her into bed after promising her good roles in films. She revealed that she chose to slip into bed with celebrities because she wanted to fulfill her ambition of becoming an actress and to survive in the industry.