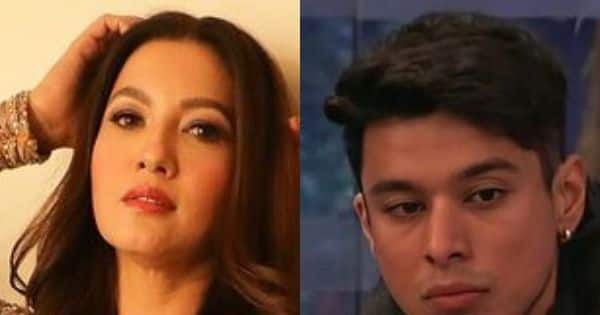 Bigg Boss 15 saw the first Weekend Ka Vaar last night. On the show, Salman Khan gave a verbal lashing to Pratik Sehajpal. He told him that he did a wrong thing removing the latch of the bathroom door of Vidhi Pandya as she was taking a shower inside. The young actress complained after she came out from a bath. Pratik Sehajpal apologized to all of them and Vidhi Pandya too. However, he said that he had not done anything that was objectionable. He said he very smoothly removed the latch and went away in 20 seconds. He said that even if it was his mother or sister in a game, he would not think twice. This comment upset the whole house. Yesterday, Salman Khan also abused for that very statement from Pratik. He also told him that it looked like Pratik Sehajpal would spend his whole career hopping from one reality show to another. Gauahar Khan, Devoleena Bhattacharjee, Shefali Jariwala, Shefali Bagga have come out in support of Pratik. Also Read – Bigg Boss 15: Do you feel that Donal Bisht should join team Nishant Bhat-Pratik Sehjapal? Vote Now

First watch the episode, he wasn’t breaking a lock , he was removing the latch which was on the door , it was not locked ! Half information is the problem https://t.co/cWqvyBUzZh

Galti sabse hoti hai , but to write off one’s career n state that he will only hop from one reality show to other can be very discouraging for someone young ?..yes pratik is aggressive In his game plan but i truly hope gets better at his behaviour, ! #bb15 #genuineplayeratleast

Other celebs have also come out in support of Pratik Sehajpal. Shefali Jariwala wrote that he needs to curb his aggression and he can be the real star of the show. Even Devoleena Bhattacharjee is with him. Also Read – Trending TV News Today: Salman Khan blasts Pratik Sehajpal on Bigg Boss 15, Florina Gogoi wins Super Dancer 4, Shireen Mirza opens up on wedding and more