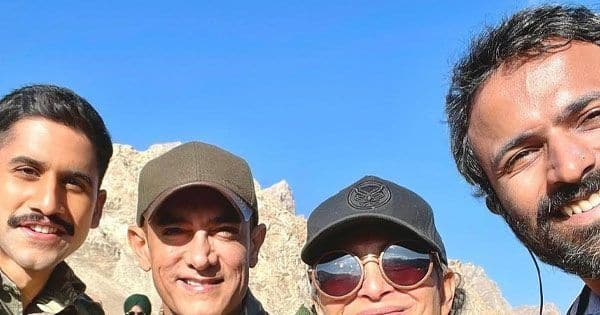 Laal Singh Chaddha is one of the most anticipated films and the many. The film stars Aamir Khan and Kareena Kapoor. It will also mark the Bollywood debut of Naga Chaitanya. How did he choose this film as his debut? Well, in an interview to Deccan Chronicle, Chaitanya revealed that he received a call from Aamir himself to do the film. Also Read – Amidst divorce rumours with Naga Chaitanya; Samantha Ruth Prabhu says ‘YES’ to work with a newcomer

The actor revealed that after discussing the initial modalities of the script, he went to Mumbai for final discussions and was quickly on board. “It was like magic! Aamir said he’d watched some of my performances and trailers of my film and was very impressed and that he felt I’d be apt for the role,” the actor revealed. Also Read – Amidst Samantha Ruth Prabhu and Naga Chaitanya’s divorce rumours; ChaySam nail ‘How well do we know each other’ challenge – watch video

Chaitanya went on to say that while he was amazed by Aamir’s excitement and energy levels on the sets, he also shared that Aamir was up-to-date with the developments taking place in the Telugu film industry. He said, “He’s a music lover and wanted me to play my ANR and NTR’s old classics, apart from current film songs.” Also Read – #ThrowbackThursday: When Samantha Ruth Prabhu revealed all about her fairytale love story with her ‘prince charming’ Naga Chaitanya

According to reports, Chaitanya had replaced Vijay Sethupathi who backed out of the film. Speaking with News Minute, Vijay had said, “Covid happened. It ransacked all our plans. After the lockdown I had five Telugu projects in various stages of production to complete.” He added that he just couldn’t accommodate Laal Singh Chaddha in my schedule.

After wrapping the film, Kareena recently shared a picture with Aamir and wrote, “And all journeys must come to an end. Today, I wrapped my film Laal Singh Chaddha… tough times… the pandemic, my pregnancy, nervousness but absolutely nothing could stop the passion with which we shot, with all safety measures of course.”