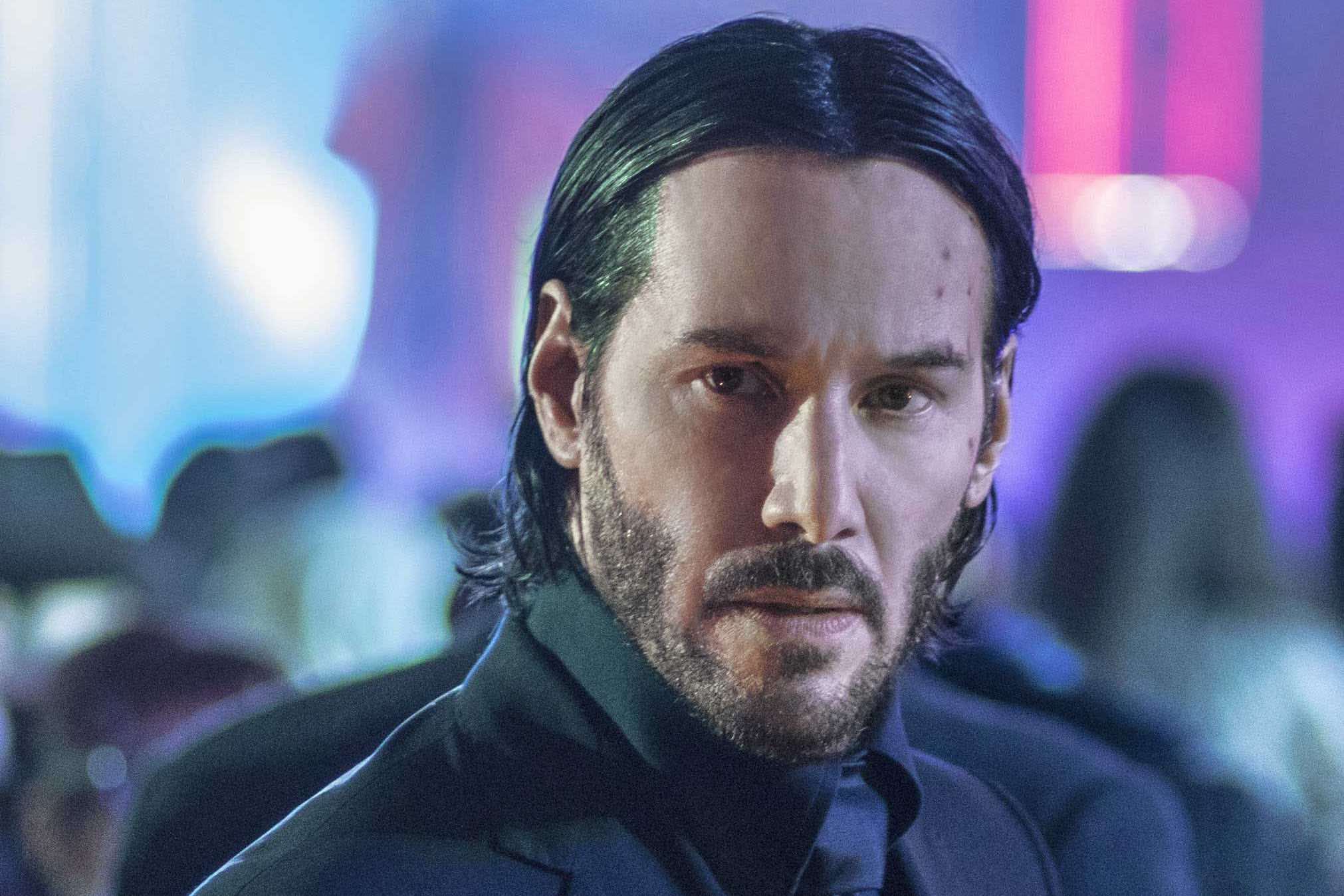 Keanu Reeves is an enigma in Hollywood. Everyone seems to love the actor, who has been memed into oblivion simply for being a known good dude. We’ve seen videos of Keanu giving up his seat on public transit to a woman carrying heavy bags, and we’ve seen him on late night talk shows encouraging folks to be kind. We mean, come on, how could you not love this man?

If Keanu’s actions away from the screen weren’t enough, he is easily adored for appearing in some of the great American films of the twentieth century. Audiences may have thought Keanu Reeves a half-baked surfer when he broke out into the mainstream, but they’d have no idea what he’d accomplish during his massive career.

Today, Keanu Reeves turns fifty-seven, and we simply must put respect on the actor’s good name. We’ve gathered a list of our favorite Keanu Reeves movies to help celebrate the bullet-dodging beau who has stolen our hearts.

Okay, so we need to start with at least one flick from Keanu’s early career, when audiences knew him as a half-baked so-Cal burn out, no doubt thanks to 1989’s Bill & Ted’s Excellent Adventure.

Reeves may have stayed type cast for the surfer he plays in 1991’s Point Break, but the movie showed fans he could do way more than make us laugh. Point Break is one of the greatest action movies of the 1990s, and one of the best bank-robbing movies of all time.

In a bonkers display of breakneck action, the movie follows Reeves as undercover FBI rookie slash surfer bro Johnny Utah as he attempts to take down a gang of extreme sports-savvy bank robbers on the California coast. Reeves proved he could carry an action movie as hero when the film dropped, and a totally tubular one at that, dude.

1997’s The Devil’s Advocate doesn’t carry the accolades of some of the bigger Keanu Reeves movies, but we think the flick is a hidden gem. Reeves proved he could fit into a supernatural tale in 1992’s Bram Stoker’s Dracula, and Keanu followed up as a lawyer tempted by the devil himself in the 1997 thriller.

Furthermore, The Devil’s Advocate showed audiences Reeves could go toe to toe with a heavy hitter like Al Pacino, and Keanu was well on his way to superstardom. However, Keanu’s next film would lie on his shoulders without the help of any Godfather alum, and would change his career forever.

1999 was a huge year for movies, and few hypnotized the world quite like The Matrix.

The concept of living in a simulation is commonplace today in the world of heady memes & social media addiction, but in ‘99 the idea blew the collective mind of filmgoers everywhere. The Matrix was revolutionary in visual effects & action sequences too, but that didn’t mean the film’s star faded into the background of the blockbuster.

Yes, Keanu’s classic lines (I know kung-fu!) would follow him forever, but more importantly, after movies like Point Break & 1994’s Speed, The Matrix solidified Reeve’s expertise as an action star, and underscored his ability to drive a film as hero. After The Matrix, we were all Keanu-pilled.

Perhaps the most important film of the latter half of Keanu Reeves’s career, John Wick reminded audiences what the action star was made for fifteen years after The Matrix in 2014.

Between the two films, Keanu showed his range with movies like 2003’s Something’s Gotta Give, while popping up in less renowned thrillers like 2005’s Constantine & 2008’s Street Kings.

However, John Wick changed action movies irreparably, showing audiences a movie in which we never feared for the demise of our hero, but simply took delight in watching him thrash his enemies effortlessly. John Wick is a phrase synonymous with contemporary action, and Keanu Reeves made history once again upon its release. Thanks, Keanu – we hope you celebrate today, without cracking too many heads.

What’s your favorite Keanu Reeves movie? Sound off in the comments below!

READ ALSO |  I Am Ready To Expose If Script Demands: Yamini Bhaskar