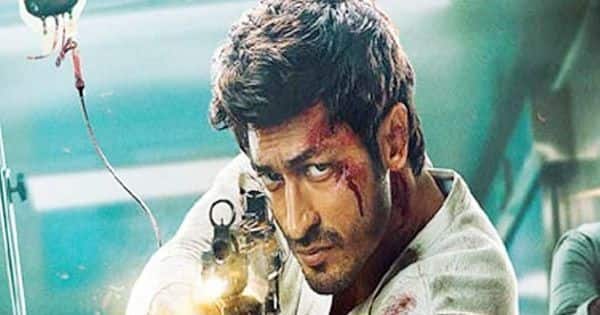 The genre of action is widely loved by movie buffs across the globe. And especially those who love Bollywood, a movie is said to be incomplete without some maar-dhaad. There are some actors who are known to be the best action heroes. Vidyut Jammwal is one of them. He is known as India’s Rambo and no movie of his is complete without him packing a punch. His recently released film Sanak is another addition to the list of movies that has action as its crucks. But is it good? Let’s find out! Also Read – Vidyut Jammwal opens up on his wedding plans with Nandita Mahtani; says, ‘It will be spectacularly different’

What’s it about: Also Read – 8 secret Bollywood weddings that took the nation completely by surprise

It is a hospital hostage drama where a very important person named Ajay Pal Singh, in context to national security, is being treated. He is an arms dealer. Coincidentally, Vivaan’s (Vidyut Jammwal) wife Ansika played by Rukmini Maitra is also being treated in the same hospital. The patients have been taken as the hostages and it is Vivaan who has taken up the responsibility to save them all. Neha Dhupia plays the role of a ACP Jayati Bhargav. Spoiler alert: ACP Jayati’s daughter is in the hospital and the miscreants know it.

Vidyut Jammwal, of course! Director Kanishk Varma has finely used the actor’s best skills to package the drama. Vidyut has always proved that action is his forte and he always delivers his best. Baring a few romantic moments between Vivaan and Ansika, the film is filled with only action sequences. The elements of hospital, be it an MRI room or physiotherapy room, are smartly used. Though a little overdose of it, the action sequences seem to be that of international level with Andy Long designing the same. Rukimini Maitra has marked her Bollywood debut with Sanak and she sure seems to be a promising actress who can go a long way in the industry.

Neha Dhupia appears to be a little wasted in the film. She has barely a few scenes and nothing very substantial to do. In times when we have a lot of content driven dramas that are pretty closer to reality, Sanak seems to go off the tangent a little with over dramatic dialogues. We have the hero threatening the villain saying, “baadmein bol na mat ki warning nahi di.” Huh? And one also wonders how the police force is sitting so quiet when so many people have been taken as hostages. The storyline appears to be a bit predictable does hampering the thrill.

FilmDhamaka considers Sanak to be a decent watch for all those who are incredibly in love with action movies.