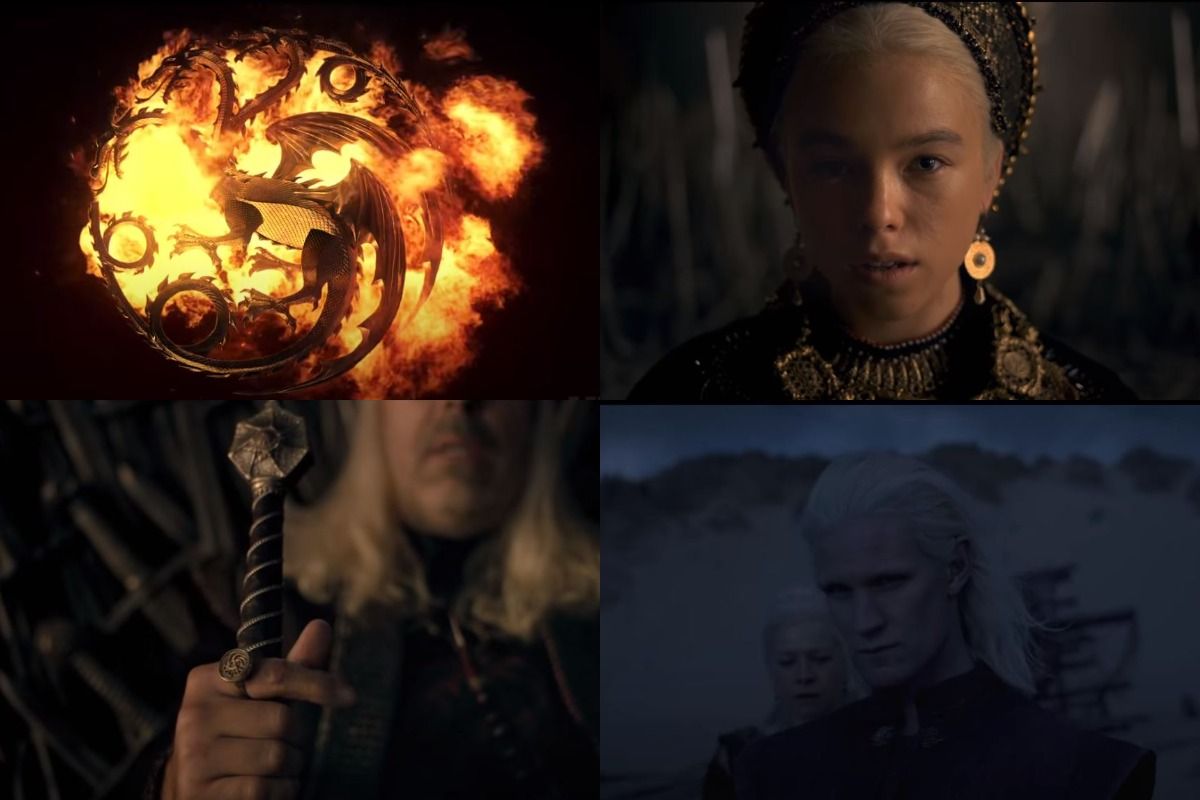 House Of The Dragon Teaser Out: ‘Dreams did not make us kings, Dragons did’ – this line is enough for any Game of Thrones fan to get excited. HBO Max on Tuesday dropped the first trailer of House of The Dragon, the spin-off to the hit fantasy series, Game of Thrones. The teaser gives us a glimpse of the reign of House of Dragons – 200 years before the fall of the throne. The teaser gives us a glimpse of the sea, fierce battles, and ominous shots of new characters. Prince Daemon Targaryen says in the voice-over ‘Gods, kings, fire, and blood’. The teaser ends with the powerful line, “Dreams didn’t make us kings, dragons did.”Also Read – ‘Game of Thrones Prequel ‘House of the Dragon’ Is Looking Spectacular’, Says HBO Chief

The series is co-created by Ryan Condal and Miguel Sapochnik, who will also direct several episodes. House of Dragons is just one of the several GoT spinoffs in the works. As per the reports, one project will only focus on The Sea Snake (Grayscale) and HBO described it as, “the most famed nautical adventurer in the history of Westeros’. Also Read – FRIENDS Reunion To FINALLY Premiere In India: When, Where And How To Watch Much-Awaited Episode

The seri9es has an ensemble cast of addy Considine as King Viserys Targaryen, Matt Smith as Prince Daemon Targaryen, Emma D’Arcy as Princess Rhaenyra Targaryen, and Olivia Cooke as Alicent Hightower. Other cast members not photographed include Eve Best as Princess Rhaenys Velaryon, Sonoya Mizuno as Mysaria, and Fabien Frankel as Ser Criston Cole. Also Read – FRIENDS Reunion: Stars Talk About Their Bond Of More Than 15 Years And How The Show Became Their ‘Greatest Job Ever’

House of the Dragon is being filmed in England and is led by executive producer Ryan J. Condal and director Migel Sapochnik. The series is a prequel which means that it takes place 300 years before the events depicted in ‘GOT’ and is based on Martin’s novel ‘Fire and Blood’, a companion to the ‘Song of Ice and Fire’ novels that were the basis for ‘GOT’.

Game of Thrones ran for eight seasons from 2011 to 2019 and gained wide appreciation globally. Meanwhile, House of the Dragon stars Olivia Cooke, Emma D’Arcy, Paddy Considine, Matt Smith, and Toussaint among others. The show will arrive in 2022.