How similar or different will Ahan Shetty’s grand debut be from the original Telugu hit RX 100? Read EXCLUSIVE deets 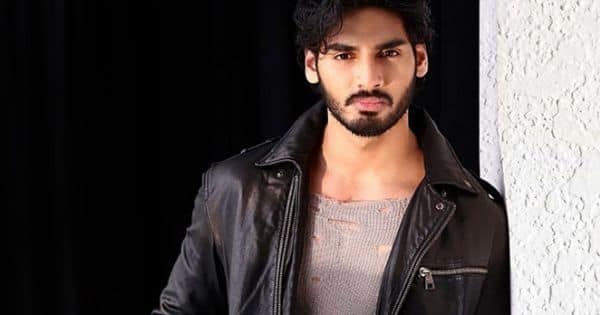 How similar or different will Ahan Shetty’s grand debut be from the original Telugu hit RX 100? Read EXCLUSIVE deets

Suniel Shetty’s son, Ahan Shetty, will be making his grand Bollywood debut with the official Hindi remake of Telugu sleeper hit, RX 100, which had come out of nowhere and had taken Tollywood by storm, much like Arjun Reddy had prior to it. The latter’s remake, Kabir Singh, resulted in Shahid Kapoor delivering the biggest hit hitherto of his career. Will lightning strike twice with Ahan Shetty’s debut? While that remains to be seen, we were wondering what the makers would be retaining from RX 100 for Ahan Shetty’s launch in Tadap and what are the changes they may incorporate to better suit the Hindi-film audience, and got the perfect opportunity to ferret this information in an exclusive interview with the film’s writer, Rajat Arora. Also Read – From Tiger Shroff-Krishna Shroff to Katrina Kaif-Isabelle Kaif – 9 pairs of Bollywood siblings we can’t wait to see together on screen

Opening about the challenges of adapting a film from another language to Bollywood, Rajat Arora said, “Obviously, if we like something, then only we adapt it, and then our aim is to ensure it reached the maximum number of people. And while adapting, we need to keep in mind that every place, every language, everything else keeps changing. We are making a film, where we’re trying that it reaches every corner of India. So, that remains the main aim, to adapt it in such a way that we make it universal (since, Bollywood is a more universal medium as compared to South cinema).” Also Read – Athiya Shetty chills with rumoured BF KL Rahul in England and these pictures are absolutely unmissable – take a look

Elaborating the difference between writing an original screenplay and adapting a successful one, he added, “There are some difference between adapting a script and writing an original one, but adapting is also fun, it’s not like you don’t enjoy it. By taking a story and trying to tell it in your own way, adding your own creativity to it, it’s fun. Both have their advantages and disadvantages; sometimes you write an original story and then realise that it hasn’t turned out well, and at times you write a remake and it turns out very well, so both have their merits.” Also Read – Ek Villain Returns: Tara Sutaria turns the ‘villain mode on’ as she starts shooting for the John Abraham-Arjun Kapoor starrer – view BTS pic

Revealing a bit about what all they’ll be retaining from the original, RX 100, Rajat concluded, “We’ll definitely be retaining all the good aspect of the original, that’s why we decided to remake it in the first place, why would we change them?”

Tadap also stars Tara Sutaria as the female lead and is directed by Milan Luthria of Kachche Dhaage, Taxi No. 9211, Once Upon a Time in Mumbaai, and The Dirty Picture fame, while also being produced by him in collaboration with Sajid Nadiadwala and Fox Star Studios.