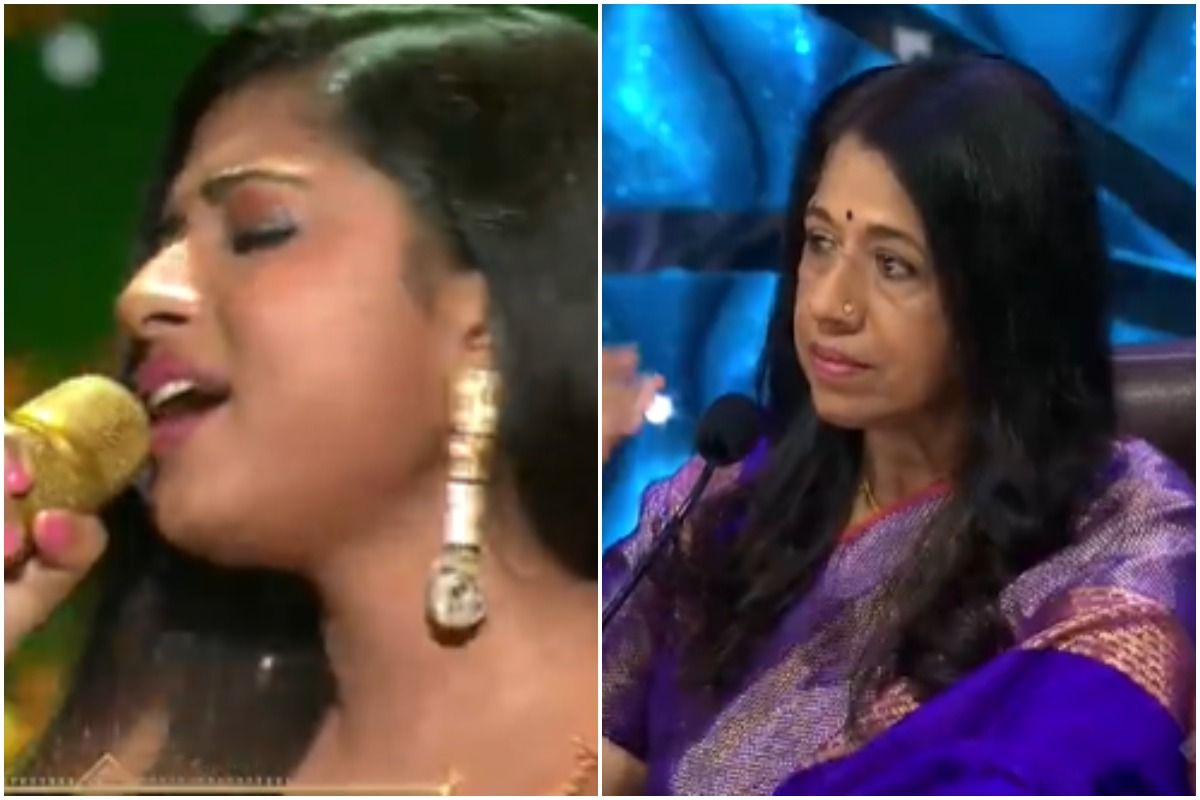 Mumbai: The upcoming episode of Indian Idol 12 will welcome legendary singers Kavita Krishnamurthy and Kumar Sanu. The singers will grace the sets of the show and will be seen mesmerised by contestants’ performances. Like all other contestants, even Arunita Kanjilal will leave Kavita Krishnamurthy stunned with her performance.Also Read – Aditya Narayan Says He Is ‘Big TV Host’, Doesn’t Need To Rely On ‘Rubbish Music Contracts That Keep You As Salves’

One of the Top 6 contestants, Arunita Kanjilal gives a soulful performance on the songs ‘Hum Dil De Chuke Sanam’ and ‘Humpe Yeh Kisne Hara Rang Dala’. Amazed to see Arunita perform with such ease and grace, Kavita Krishnamurthy says, “I felt like I am listening to a recorded song. You were wonderful.” Also Read – The Kapil Sharma Show To Replace Indian Idol 12 After Singing Reality Show Airs Its Grand Finale On THIS Date

Even Arunita Kanjilal will be left in complete awe after receiving praises and love from Kavita Krishnamurthy. “I am a huge fan of Kavita ma’am, she is my idol. It is my honor to perform in front of her and all the great legends who have been a part of Indian Idol. I am grateful to the show for allowing me to showcase my talent in front of these iconic singers,” Arunita said. Also Read – Bigg Boss 15: Aditya Narayan Reacts To Reports Of Participating In The Show, Here’s What He Has To Say

Follow this space for more updates related to Indian Idol.