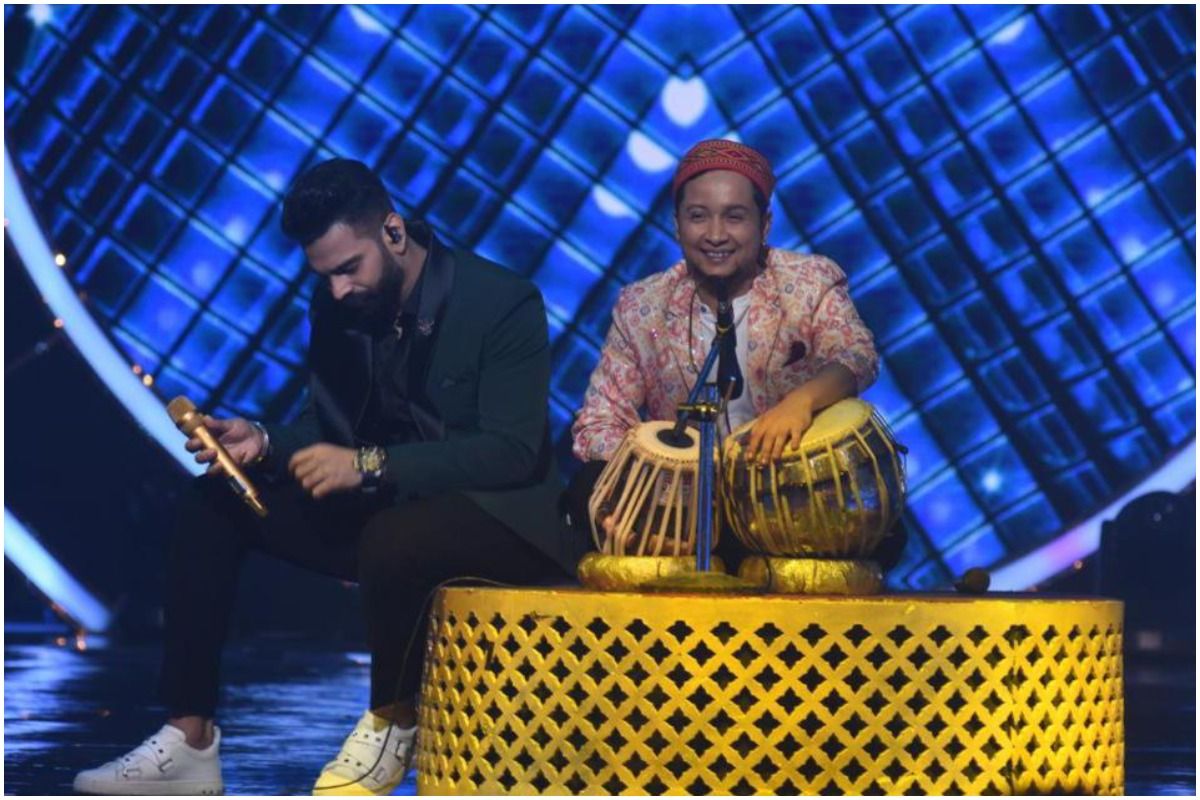 Mumbai: Indian Idol season 12 is gearing up for a mega finale. While it will be a day with several power-packed performances, one contestant who will leave everyone stunned is none other than Pawandeep Rajan.Also Read – Indian Idol 12 Grand Finale: Sidharth Malhotra Tags Pawandeep Rajan As ‘Shershaah’ of the Show

On the show, Pawandeep Rajan has repeatedly proved that he is not just a great singer but can also play several musical instruments fluently. In the ‘Greatest Finale Ever’, ex-contestant Sreerama Chandra will be seen performing with the finalist Pawandeep Rajan on the song ‘Balma and Breathless’. What will catch everyone’s attention and will become the highlight of the entire act will be Pawandeep Rajan playing the tabla. Also Read – Indian Idol 12 Grand Finale: LIVE Winner Announcement, Aditya Narayan Reveals All

Following the performance, Anu Malik couldn’t stop himself and comes on the stage to appreciate them. “I am overwhelmed by both of you. The way you sang was commendable. I am highly impressed by you Pawandeep and, the way you took charge of the Tabla was amazing,” Anu Malik said. Also Read – TRP Report Week 31: Anupamaa on Top, Indian Idol 12 Maintains Its Position, Khatron Ke Khiladi 11 Joins The List

This is not the first time that Pawandeep will be playing Tabla in Indian Idol. In one of the previous episodes, Pawandeep smoothly impressed Bappi Da with his table playing skills.

Indian Idol 12 will have its mega grand finale on August 15. The longest-running season of Indian Idol 12 will set another record as the finale episode will air for 12 hours on television. A number of singers, celebrities and former contestants including Alka Yagnik, Kumar Sanu, Udit Narayan among others are also likely to grace the grand finale. Notably, legendary singer Asha Bhosle is also expected to attend the grand finale. Shershaah actors Sidharth Malhotra and Kiara Advani will also join the ‘Greatest Finale Ever’. Race to win the trophy is between Pawandeep Rajan, Arunita Kanjilal, Shamukha Priya, Sayli Kamble, Mohd Danish and Nihal Tauro.

Follow this space for more updates related to the Indian Idol Grand Finale.