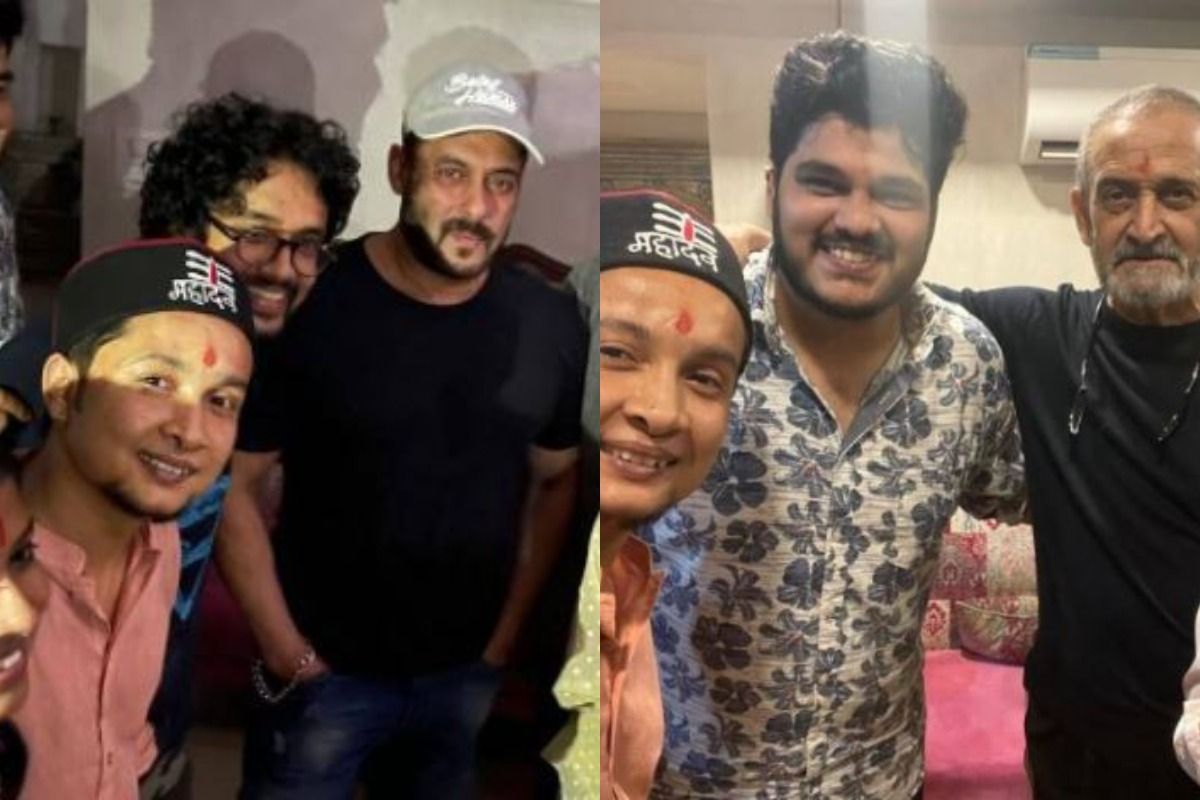 In the first photo, the singers are seen posing with superstar Salman Khan and in another picture, Aashish Kulkarni and Pawandeep pose for a selfie with Mahesh Manjrekar. Also Read – Indian Idol 12: Mohammed Danish Reveals Pawandeep Rajan, Arunita Kanjilal’s Plan to Buy House in Same Building

After winning the show, he said, “It’s an unmatched feeling to be holding the trophy. However, given the close bond, we formed over the past few months, I wanted each one of us to win. I wish I could share the trophy with all my five other finalists. It’s a very mixed feeling for me right now. I know that everyone is so talented that we will all forge great careers soon. We will also be collaborating together whenever we get a chance.”

Indian Idol 12 first runner-up is Arunita Kanjilal followed by Sayali Kamble as the second runner-up. The fourth, fifth and sixth position is bagged by Mohd Danish, Nihal Tauro, and Shanmukhapriya. The finale was a 12-hour musical extravaganza with several performances by singers such as Alka Yagnik, Kumar Sanu, Udit Narayan, Annu Kapoor, Sidharth Malhotra, Kiara Advani, among others.