Is Front Man in ‘Squid Game’ ever unmasked? – Film Dhamaka 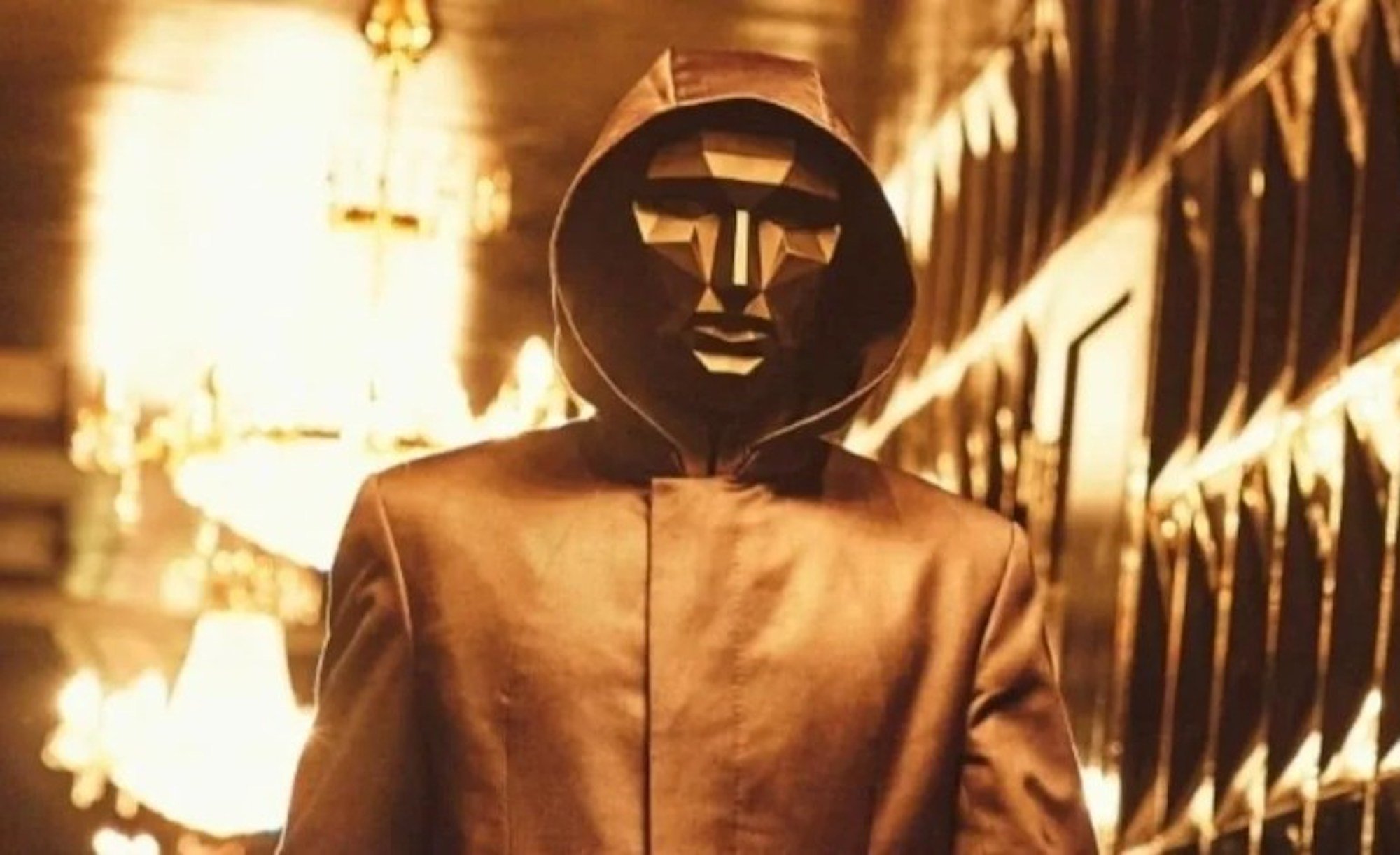 Is Front Man in ‘Squid Game’ ever unmasked? – Film Dhamaka

The internet cannot stop talking about Squid Game! Released on September 17th, it’s already one of the hottest series streaming on Netflix. From major reveals & shocking betrayals, the question on everyone’s mind has been: who is Front Man?

Squid Game is a K-drama survival series that follows Seong Gi-hun/Player 456 (Lee Jung-jae), a deadbeat father with a gambling addiction. Seong joins over four hundred players trying to win big to pay off their debts by playing games from their childhood.

They’re in for a deadly surprise, however, when they realize the games they have to play are as dangerous as the person running them. But who is this mysterious figure hidden behind a mask with a voice modulated for anonymity? Will his identity be revealed?

Hwang Dong-hyuk’s Squid Game is a cautionary tale of risk & reward. The series follows down & out characters who have taken questionable risks. They’ve put it all on the line only to end up with staggering amounts of debt.

But they’re all connected by their willingness to take big risks for potential rewards. So, they don’t hesitate to agree when a strange organization offers them a reward for completing a series of games from their childhood.

The reward for winning in Squid Game? A giant glass pig filled with ₩45.6 billion – the equivalent of $38.7 million in U.S. dollars! It’s the most money they’ve ever been guaranteed and all they have to do is make it to the end. How hard could it be? Your jaw will drop when you find out!

Huang came up with the concept while experiencing his own financial struggles. He floated the series by multiple Korean production groups who rejected the story as bizarre & silly. Luckily, Netflix stepped in.

Squid Game is now on track to becoming the most-watched series on Netflix, the first Korean drama to chart globally. It’s sitting at #1 in 90 countries – including the UK & U.S.

When asked why Squid Game is so popular, Hwang discussed his theory of audiences being fascinated with juxtaposition. The characters risk their lives to play simple children’s games and win enough money to get out of deep debt.

Regardless, the series does an admirable job in telling sympathetic stories about oftentimes unsympathetic characters from all walks of life. The writing, acting, and pacing delivers both fast-paced action and stomach-piercing drama.

More viewers eventually turned to the internet, demanding to know the identity of Front Man in Squid Game. Throughout the series, we see him lurking in the shadows. He’s a figure both unseen & unknown. . . until he isn’t.

Audiences had fun trying to figure out who could be hidden behind the featureless black mask. While many guessed a former player, many others initially assumed he was the charming & secretive salesman from the first episode, played by the gorgeous Gong Yoo.

Yoo may be an unfamiliar face for audiences new to the world of K-drama. But long-time fans probably squealed in excited recognition of their favorite goblin, Kim Shin (Guardian: The Lonely & Great God)!

At this point, Front Man could literally be anyone. But his character reveal isn’t the point of Squid Game, it’s us getting to know the characters of the players.

What are they willing to risk when their lives are on the line? Just how far will they go to win big? Sometimes imagining is scarier than knowing.

Are you all caught up on Squid Game? What was your favorite part? What part had you on the edge of your seat? Let us know in the comments below!