Is this trilogy of skill, strength and smarts going to be the first task on Salman Khan’s reality show? – deets inside [EXCLUSIVE] 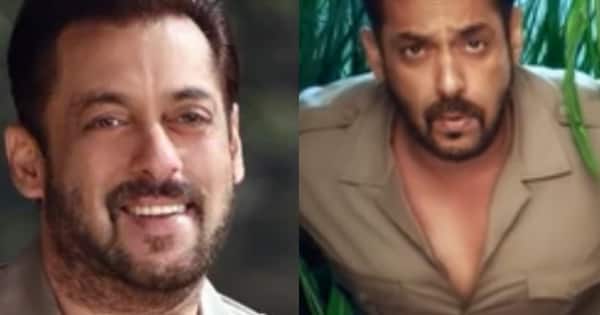 Is this trilogy of skill, strength and smarts going to be the first task on Salman Khan’s reality show? – deets inside [EXCLUSIVE]

With us biding farewell to Karan Johar’s Bigg Boss OTT, the focus now shifts to the real deal – Salman Khan’s Bigg Boss 15. And to prepare for the year’s biggest reality show as also the most controversial, the team of Bigg Boss zipped away a contingent of media along with a pair ex-Bigg Boss contestants, Devoleena Bhattacharjee and Arti Singh. The event has been launched in a grand way in the midst of Pench National Park in keeping with this season’s jungle theme. But the surprise doesn’t end there. With FilmDhamaka getting a front-row seat to the grand launch, we also managed to get a sneak-peek of what could be the first task of Bigg Boss 15. Also Read – Bigg Boss 9 fame Digangana Suryavanshi oozes oomph in latest photoshoot

So, here’s the lowdown of what happened during one of the key segments of the event, which passed a strong hint of the fifteenth season’s first task. Devoleena Bhattacharjee and Arti Singh were divided to choose two teams from the media personnel gathered, after which each team was entrusted a triathlon-styled task, involving rappelling and collecting a bag full of provisions, and then using said provisions to make a fire and brew some lemon tea. The task encapsulated all the fun, mayhem, bickering, cheating and last-minute twists one would expect from a Bigg Boss task, with Devoleena’s team emerging victorious at the end. Also Read – Bigg Boss 15: FIRST GLIMPSE of the launch of Salman Khan’s reality show – watch jungle-themed video [EXCLUSIVE]

Now, given that this involved two contestants from a season as recent as Bigg Boss 13, by far one of the most popular seasons of the show, if not the most popular, and seeing the planning and intensity it was played with, it wouldn’t be a stretch to assume that this or something along these lines could be the first task of Bigg Boss 15. This could well have been a preview of what is to come. Also Read – Bigg Boss 15: Tina Dutta REACTS to rumours of her participation in Salman Khan’s show in the sassiest way possible