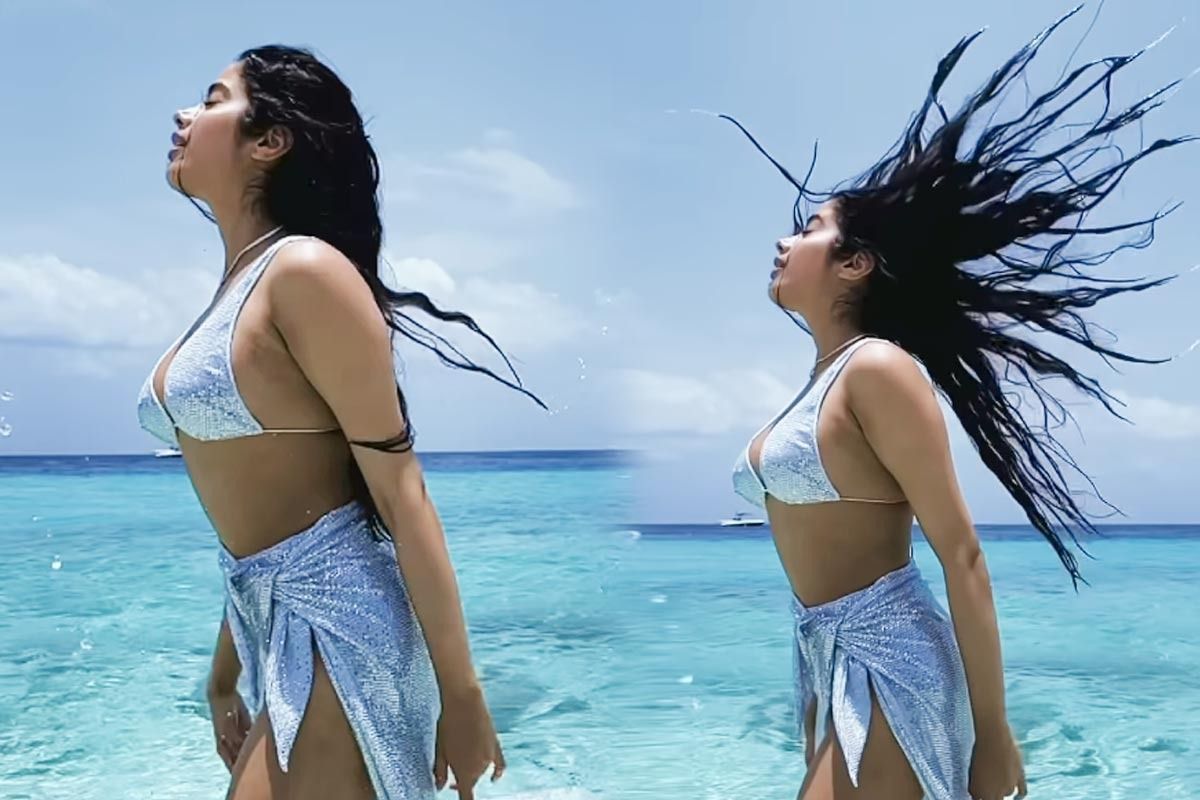 Maldives: Actor Janhvi Kapoor is having the major Maldives missing as she is busy with her shooting schedule. Taking to Instagram, she shared her hot video clad in a sexy backless and plunging neckline bikini teamed up with briefs and a matching shimmery crochet sarong coverup. In the video, she can be seen standing amidst the Maldives water as she aces a perfect hair flip. She looks every bit gorgeous in the latest video. She simply captioned it, “mentally hear. (sic)”Also Read – Janhvi Kapoor’s Early Morning Workout Session Will Inspire You to Hit The Gym

Earlier this year, Janhvi had flown to the Maldives for a travel magazine’s photoshoot. Her fans flooded the comment section with heart and fire emojis. Also Read – Janhvi Kapoor, The Pilates Girl, is Giving Major Inspo And Enthu Vibes | Read on

However, this is not the first time when Janhvi shared her sizzling hot look. She often shares her stunning bikini looks.

Check Out Her Hot Bikini Looks:

On the work front, Janhvi Kapoor was last seen in Roohi, co-starring Varun Sharma and Rajkummar Rao. She made her debut with Dhadak opposite Ishaan Khattar. She went on to feature in films such as Ghost Stories and Gunjan Saxena: The Kargil Girl. Her upcoming films are Karan Johar’s Dostana 2 and she will also be seen in Good Luck Jerry.