Jayasurya’s film perfectly outlines the grim realities of the pandemic, but it’s too soon to relive the horrors 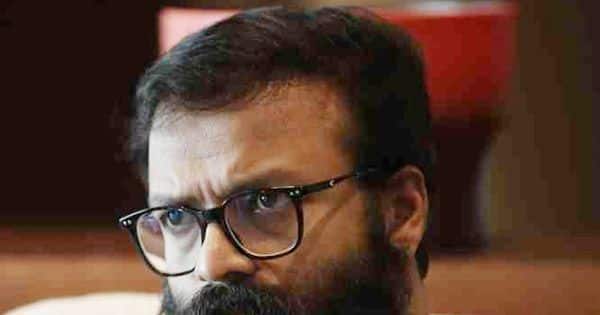 Jayasurya’s film perfectly outlines the grim realities of the pandemic, but it’s too soon to relive the horrors

Going through a pandemic without losing sanity or hope is not easy. What makes this possible is the support, love and affection of those around us and our own positive mindset. But in the absence of this all, how does one survive? Is it even possible? Director Ranjith Sarkar’s Malayalam movie Sunny, starring Jayasurya in the lead role explores the same scenario. The film promises a deep dive into the lives of people who survived through 2020 without any form of emotional support from the outside world. But this tale with familiar premise deserve your attention? Check the review to know… Also Read – Liked Sarpatta Parambarai? Here are 5 best South sport drama films to watch today on Amazon Prime Video, ZEE5 & Disney+ Hotstar and more

What’s it about?
Sunny has returned from Dubai while the whole world is going through the pandemic and has been quarantining at a lavish hotel in Kerala. Following a feud with his partner he has no business to attend to. He has no family either since a tragic incident resulted into a divorce. All this has led him to give up all his ambitions because he had to let go of his one passion – music, to become a businessman. Sunny has nothing to keep him busy and no one to listen to him. In such a scenario, he befriends the doctor assigned to him by the authorities while he is in quarantine. He soon finds a friend in a woman quarantining in the same hotel, in a room right above his. But every time he experiences joy, it is short-lived. Sunny craves to talk to someone, to let someone know who he is and what his dreams could be. In the absence of any physical or emotional connection, he loses himself. He looks to gain solace from consuming alcohol but when it fails, suicidal thoughts and hallucinations takeover. Also Read – Kerala Lok Sabha elections: Mohanlal, Aju Varghese step out and cast their votes

What’s hot?
Sunny is a bold attempt as it deals with a grim subject and is made in the one-man-one-space format. Jayasurya traces the right emotions and brings out the nuances of his character quite realistically and makes it all relatable. Furthermore, director Sarkar recreates the horror that the year 2020 was in a way that guarantees goosebumps. You’d be able to see some part of yourself as Sunny goes about his life. Sunny tells the story of people trying to heal from a tragedy, while feeling distressed, distraught and hopeless while away from loved ones. While the reality hits you hard as you watch Sunny trying to fight the worst, you find yourself rooting for him. And that’s probably the biggest thing that 2020 has taught all of us – being kinder and more sensitive towards the battles that others are fighting!

What’s Not?
Sunny is a moving film but it gets depressing in parts. Reliving the horrors that you have experienced just recently may not be your perfect idea of binge-watching. The film stands true and is quite simple in its portrayal of the difficult time, but it just doesn’t seem the right time to watch it. Maybe after a few years, when we have survived this time together, it would be less traumatic to go back and see what we went through.

BL Verdict: It is too soon to relive the horrors that still loom large, with the third wave waiting to strike just round the corner. Sunny might irritate the wounds you’ve been trying to heal! So go into it, prepared.