Kajol Refuses a Piece of Cake Offered By Fans On Her Birthday, Netizens Call Her Ghamandi Aurat 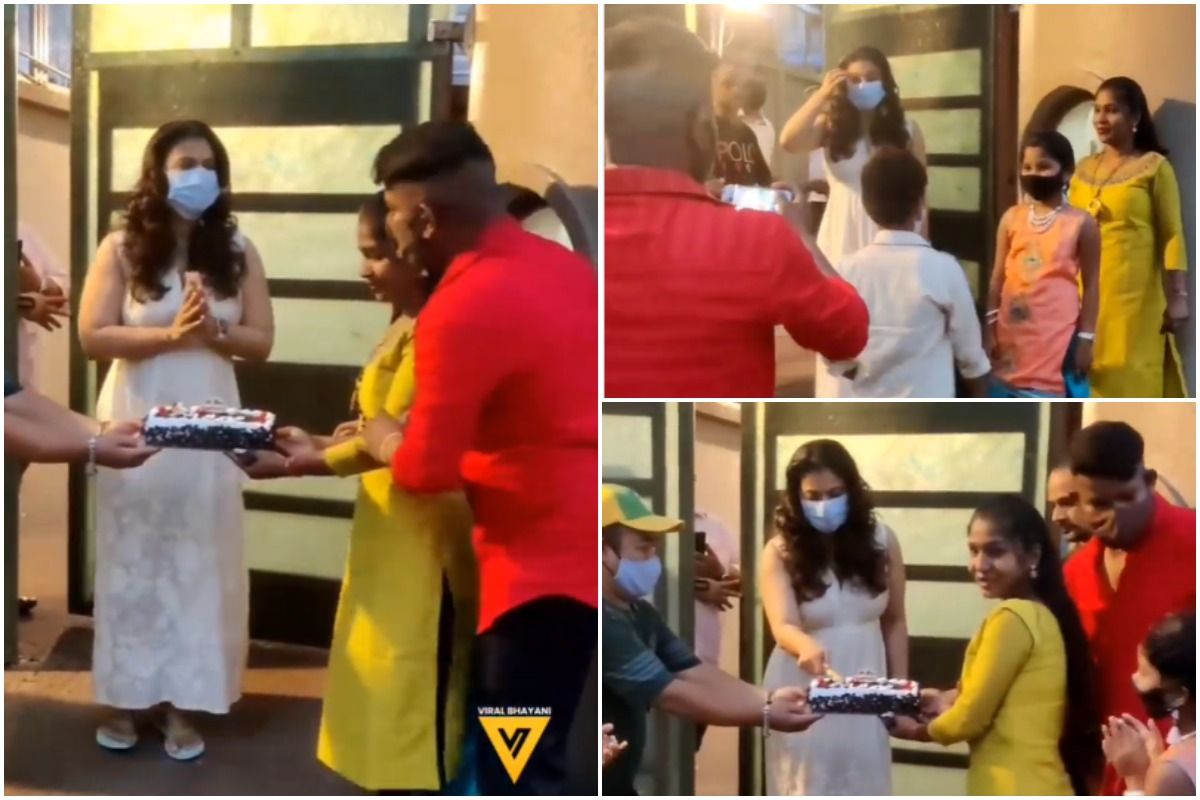 Kajol Refuses a Piece of Cake Offered By Fans On Her Birthday, Netizens Call Her Ghamandi Aurat

Mumbai: Kajol celebrated her 47th birthday on August 5 and her fans made sure to surprise her with a cake on this special day. Several fans visited Kajol’s residence with a cake. However, seems like netizens are disappointed with Kajol’s behaviour.Also Read – Shah Rukh Khan-Kajol Reunite For Rajkumar Hirani Film, Vidya Balan-Taapsee Pannu Also Part Of The Film?

A video was shared on social media in which Kajol can be seen cutting a cake brought by her fans. While fans sing a birthday song for the actor, she cuts the cake and leaves. Not just this, but Kajol also refused a piece of cake offered by one of the fans and leaves. Netizens are disappointed with Kajol’s behaviour and ‘attitude’. Several people expressed disappointment and anger. Some people called her arrogant, others suggested fans not to waste their time. While one of the fans wrote, “Why wasting money, effort and time on people who don’t even care?” another social media user commented, “Ghamandi aurat… yea log layek hi nhi yeasab ka…. is se achha koi garib, anat bacho ka birthday manai (Proud lade, they do not deserve this. It would be better if we celebrate birthdays of poor and orphan kids).” Another person reminded Kajol that she isn’t doing a favour and wrote, “I think she’s forgetting these are the people who make her who she is. Literally behaving like she’s doing a favour to them.” Also Read – Super Dancer 4: Tanuja Gets Teary-Eyed With Kajol’s Emotional Video Message | Watch

Also Read – Tanishaa Mukerji on Freezing Her Eggs at 39: It’s ok For Women to Not Have Children

Meanwhile, Ajay Devgn wished Kajol on her birthday with a throwback picture. “You have managed to bring a smile to my face for the longest time now… happy birthday, dearest Kajol, will try to make it as special as you are,” Ajay wrote.