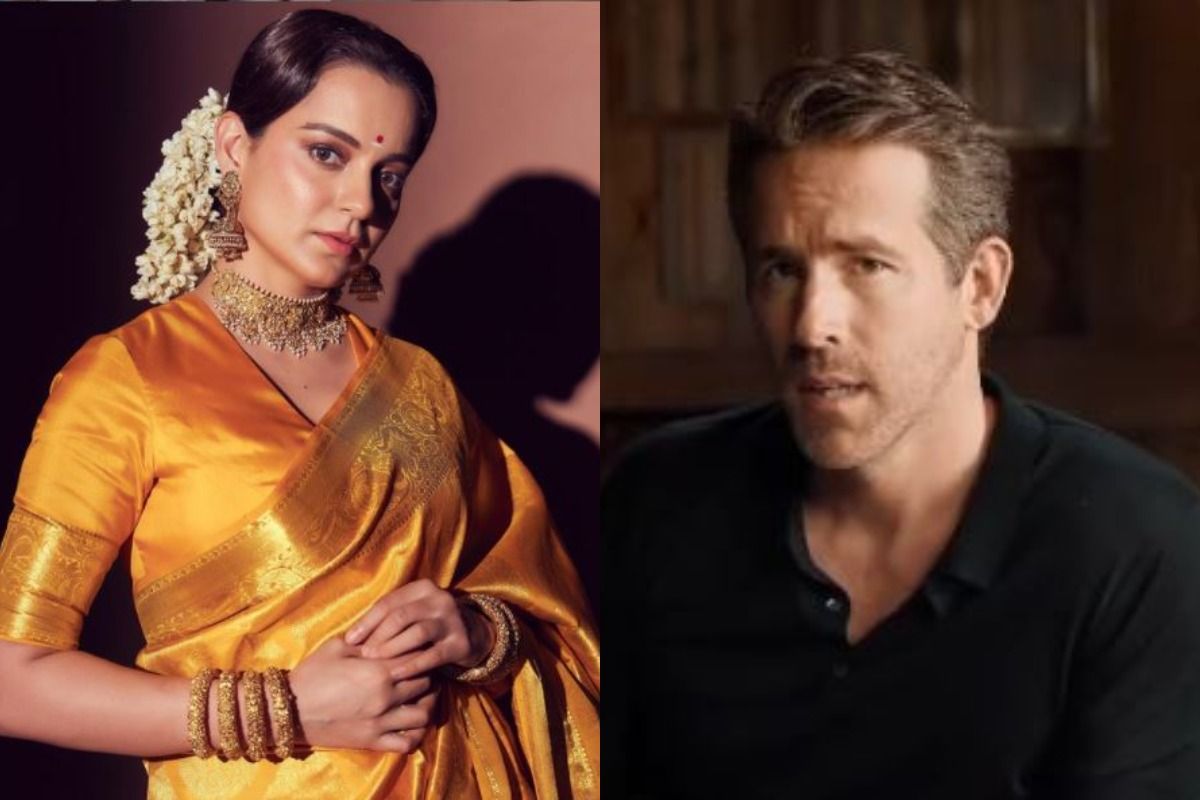 Mumbai: Hollywood actor Ryan Reynolds recently shared a promotional video for his upcoming film, Free Guy, and addressed his Indian fans. In the video, he said that his film is influenced by Bollywood and said that ‘Hollywood is mimicking Bollywood’. Describing his film’s narrative, he said, “My movie Free Guy has got a guy named Guy who’s quite the Romeo, a girl who is out of his league. A crazy villain, some insane action, and, of course, dancing. If you’re wondering whether Hollywood is just mimicking Bollywood…Well, the answer is yes. We have no shame, no shame at all. (sic)”Also Read – The Incarnation-SITA Writer Says ‘Kangana Was Our Priority Not Kareena Kapoor Khan, Deepika Padukone’

Kangana Ranaut, who had earlier said that Hollywood films are dominating screens in India, reacted to Ryan’s post. Sharing his video on her Instagram Stories, she wrote, “And trying to steal our screens…” Also Read – Kangana Ranaut to be Arrested if She Doesn’t Appear For Next Hearing in The Javed Akhtar Defamation Case

Check It Out Here:

Also Read – Kangana Ranaut to Play Sita in ‘The Incarnation-SITA’ After Thalaivii; Dhaakad And Tejas Also in Pipeline

Earlier, Kangana spoke about the same during Thalavii press conference. She was quoted as saying by PTI, “We need to discourage American and English movies as they are taking over our screens. We need to behave like one nation. We need to stop dividing ourselves like North India or South India. We need to enjoy our own films first, be it Malayalam, Tamil, Telugu or Punjabi.”

Meanwhile, on the work front, Kangana is enjoying the success of Thalaivi, where she is seen playing the role of J Jayalalithaa. She recently announced Sita: The Incarnation. She has Dhaakad, Tejas in her pipeline. She has also announced the sequel of Manikarnika which is based on the chronicles of ‘The Cleopatra of Kashmir’s Didda’ who rules the valley during the 10th and 11th centuries. She has also announced Aparajita Ayodhya, which is based on the Babri Masjid demolition incident and a yet-to-be-titled film based on the exodus of the Kashmiri Pandits.