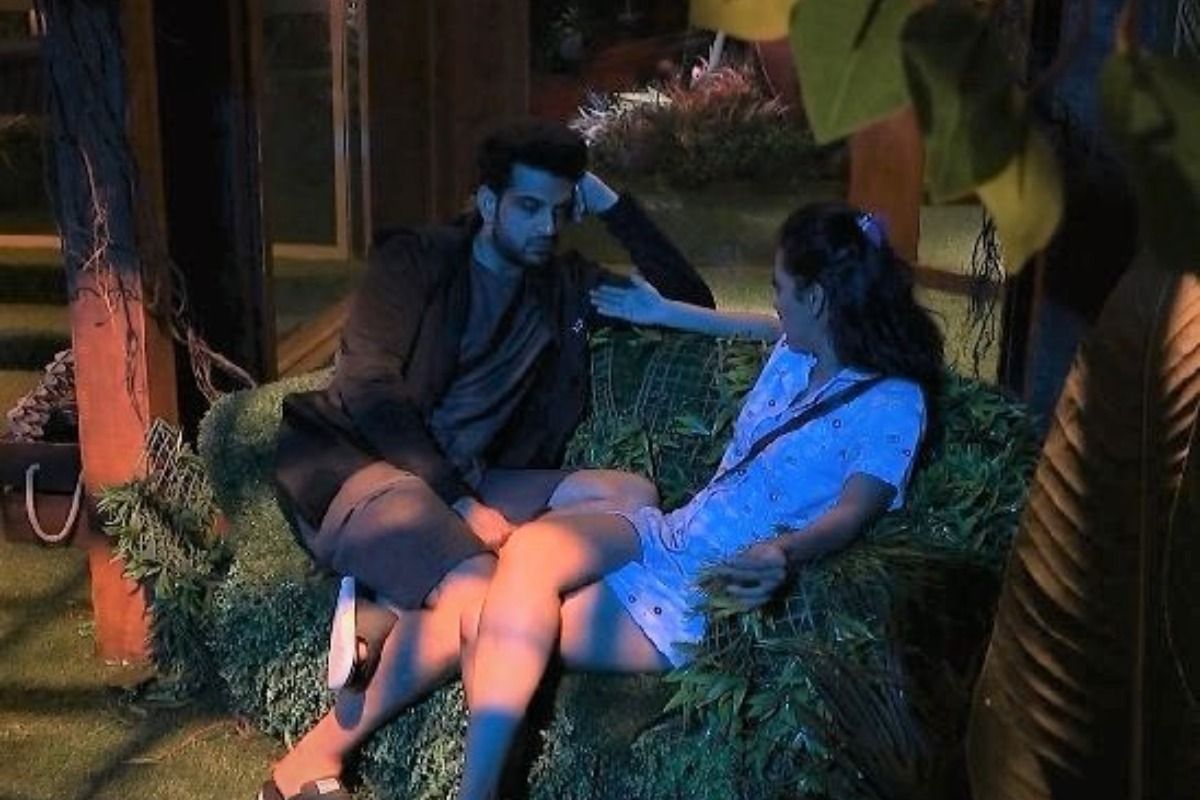 Bigg Boss 15: Karan Kundrra and Tejasswi Prakash are amazing and strong contestants in terms of comedy, entertainment and strategy. In Monday’s episode, Karan and Tejasswi were seen together sitting close to each other talking heart-to-heart. While Tejasswi shared her issues with him, Karan, on the other hand, agreed her points and confessed that he is fond of her.Also Read – Bigg Boss 15: Nishant Bhat Becomes New Captain, Asks Boys to do 10 Sit-ups to Apologise Bigg Boss

Tejasswi Prakash confronted to Karan Kundrra that she feels cold vibes from him and people around him have become protective of him. Karan said that he is really fond of her and he felt bad when she moved to the main house. Karan further explained his side of the story that he has expression issues and agreed her points are valid. Also Read – Bigg Boss 15: Tejasswi Prakash Calls Jay Bhanushali a ‘Sore Loser’, Latter Fumes in Anger

Soon after the episode got over, fans of the two noticed their moments and started trending #TejRan and #TejRanForever on Twitter. Also Read – Bigg Boss 15: Karan Kundrra’s Game to Change After Ex-Girlfriend Anusha Dandekar Enters The House

Check out the viral clips from the episode here:

Whatdo you think about this jodi?