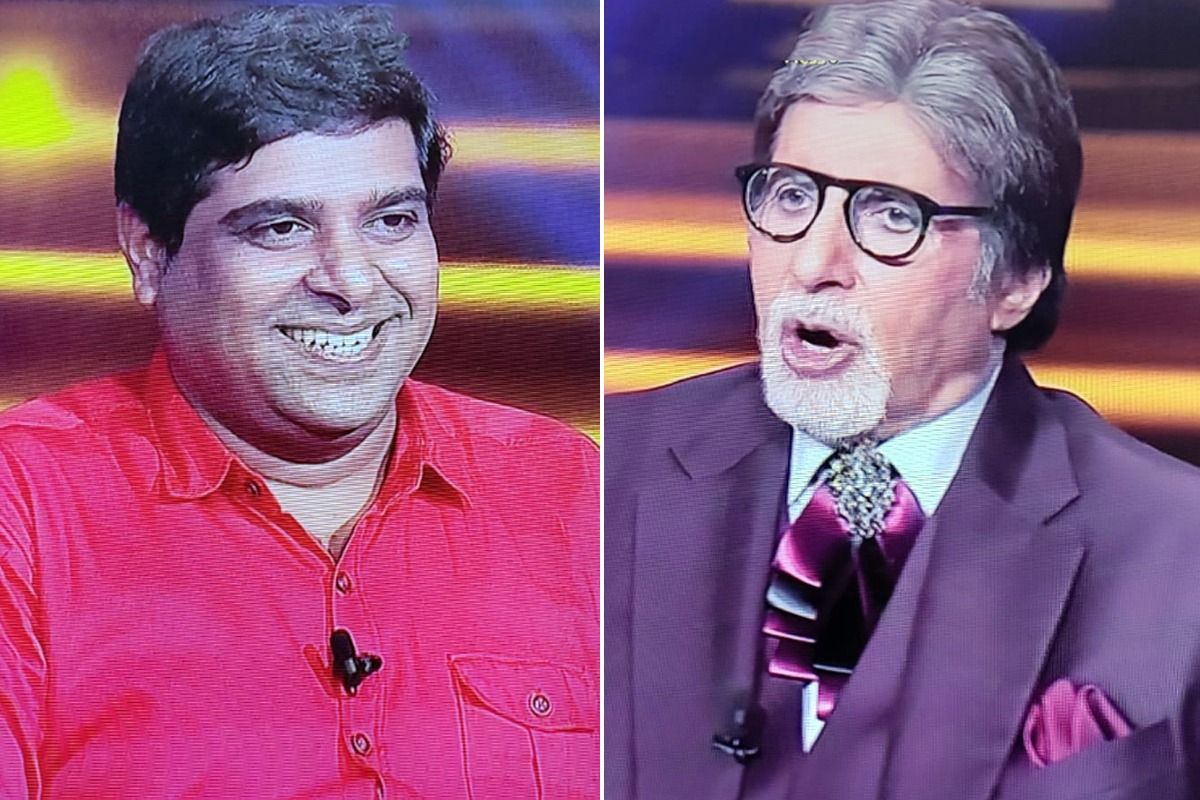 Q. Which of these statements would be used to make a guest feel comfortable? Also Read – Chehre Review: Amitabh Bachchan Does ‘Parampara, Pratishtha, Anushasan’ All Over Again!

A. Apna hi ghar samjho Also Read – KBC 13 Contestant Nimisha Ahirwar Says ‘I Was Shocked, It Was Do Or Die Situation’ | EXCLUSIVE

Q. Suji, or semolina, is usually prepared from which of the following?

Q. Koneru Humpy and Pravin Thipsay have both achieved which of the following titles in their sport?

Q. Which of the following was not the name of Arjun in Mahabharata?

Q. Sudipa has 15 notes of the denominations of Rs 2, 5, and 10 and the number of notes is equal for each denomination. How much money does she have in total?

This year, the show has a live audience in the studio and as a result, one of the most popular lifelines – Audience Poll is back. This time, the fastest finger first contestants have to give answers of three questions back to back and the one contestant who gives all the right answer in the least time, get a chance to take the hot seat opposite Big B.

Q. In which film did the original version of the song ‘Raat Baki Baat Baki’? (audio-visual question)

Q. What is the name of the longest freight train ever operated by Indian railways in January 2021?

Q. Which of these politicians, before joining active politics, did not serve as a pilot?

A. Scattering of light

Q. According to Hindu scriptures, which of these was created from the bones of a sage?

Q. Which of these countries falls entirely in Europe?

Desh Bandhu gives the incorrect answer and takes home Rs 3,20,000. Big B rolled out the fastest finger first question and Shraddha Khare takes the hot seat. She is an entrepreneur from Gwalior. Her company ‘Instant Rasoi’ sells various food products in India and the United States of America. She underwent an extremely difficult time in her marriage. Her husband never supported her dreams and efforts nor did he bear the expense of his daughters. Hence, Shraddha decided to separate from her husband. She primarily sells South Indian chutneys and dehydrated spice products like Coconut chutney. She has her office at her home, from where she handles everything from the production to the delivery process.

Q. Which city is called the “home of the Alphanso mango”?

Q. Which of these nicknames was given to the doubles team of tennis players Leander Paes and Mahesh Bhupati?

Shraddha flips the question and Big B presents her with another question from her chosen category ‘My City, My State’.

Q. Which city of Madhya Pradesh gives its name to a spicy fried ‘besan-namkeen’?

Q. Which of these Indian states does not have a coastline?

With the prize money won on KBC, she would like to secure the future of her daughters, invest in her business, and fulfill her daughter’s dream of buying a house.

She opened up on facing domestic violence and said that when her first daughter was born, she had an ear ruptured. Though her parents wanted her to come back, she kept giving chances to her husband, and her second daughter was born. She further added that even after the birth of her second daughter, he did not change and her elder daughter made her realise that she needs to come out of the toxic relationship.

Q. Which of these organisations was founded by this spiritual leader (Sri Sri Ravi Shankar)  in 1981?

A. Art of Living

Shraddha takes home Rs 10,000 only after giving an incorrect answer.