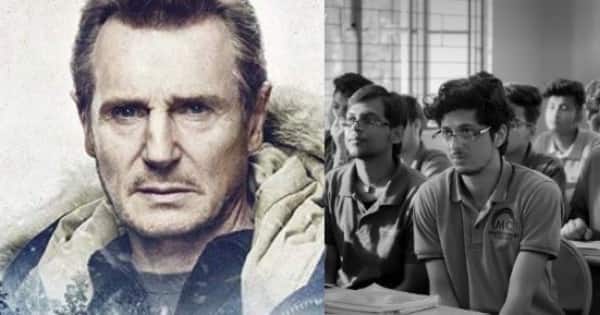 Get set to enjoy your weekend with these interesting new movies and shows that have been released today. Grab some popcorn, settle down on your sofa and enjoy these newly released shows and movies that are perfect for your weekend streaming.

Directed by Supreeth C Krishna, the film stars Shwetha Parashar, Yash Puri, Ajay Kathurvar, and Prawin Yendamuri in prominent roles. The storyline of this movie revolves around a musician, a prostitute, an amateur boxer, and a gangster who try their level best to lead a normal life.

This series revolves around Kota, its students, the coaching industry, and much more. The show captures the life of Indian students who prepare for competitive exams.

Starring Melissa McCarthy and Chris O’Dowd in the lead role, the film sheds light on the importance of healing and grief.

The show is about the life of Billy McBride, a disgraced lawyer who agrees to take on a wrongful death lawsuit just to take revenge on the law firm.

This show is about 10 good-looking men and women who meet and flirt with each other. The contestants can only win the $100,000 cash prize if they do not touch each other.

Starring Liam Neeson, Tom Bateman, Tom Jackson, Emmy Rossum, Domenick Lombardozzi in main roles, Cold Pursuit is an great choice for those who enjoy action-thrillers. The storyline is about Nels Coxman, a snowplow driver who enjoys his special day when his son dies due to a forced heroin overdose. He gets on a mission to kill the drug lord responsible for his son’s death.