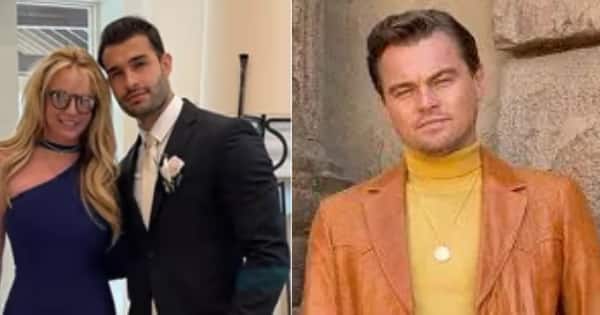 Among the Hollywood newsmakers of today, we have stars like Leonardo DiCaprio, Britney Spears, Ben Affleck ,Sarah Jessica Parker and many more. So without any further ado, here’s all the dope straight from Hollywood. Also Read – Stink Attack: 11 Hollywood celebs who smell so bad that working with them was a punishment for co-stars

At 92nd Academy Awards, Cho Yeo Jeong seems to have bonded with Leonardo DiCaprio and all that they discussed was K-pop band BTS. On Coupang Play’s Saturday Night Live Korea, she stated that she spoke to Leonardo DiCaprio and he told her that BTS’ song Blood Sweat & Tears is his favourite. Well, it won’t be wrong to say that Leonardo is a part of BTS, isn’t he? Also Read – Hollywood news weekly rewind: BTS’ Jungkook transfers ownership of $3.4 million worth flat to brother, Britney Spears gets engaged and more

Now that Britney Spears is engaged, she is all charged up to prep for her wedding. She recently shared a video on social media asking fans for suggestions. She said, “We have a predicament, a really big problem right now. I have no idea where I want to get married. We don’t know if we want to get married in Italy or Greece, Australia or New York City.”

Ben Affleck talks about his life with Jennifer Lopez

Now that Ben Affleck and Jennifer Lopez are back together, The Gone Girl star recently spoke about how happy he is currently. To Extra TV, he was quoted saying, “I’m very happy. It is a very happy time in my life. Life is good.”

Sarah Jessica Parker recently revealed the release date of the film Sex and the City Reboot. In a video shared on the YouTube channel by HBO Max, it was revealed that the film will hit the theatres in December. In the video we have Sarah saying, “Shooting as we speak, the next chapter of Sex And The City, or as we like to call it, And Just Like That, with some beloved friends.”