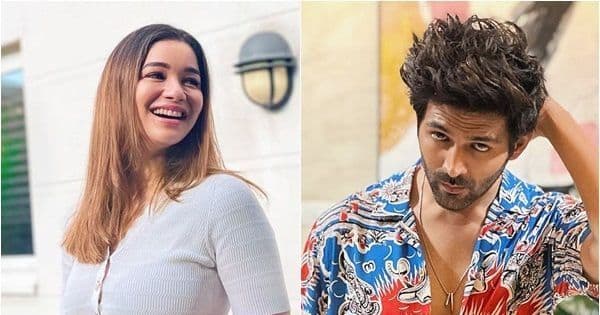 Sachin Tendulkar’s daughter Sara Tendulkar has been grabbing all the right attention both in the cricket and entertainment world. She recently shared a glamorous picture on Instagram and guess what, it looks like her picture has left Kartik Aaryan mighty impressed. Also Read – SAY WHAT! The amount of weight Kartik Aaryan gained for Freddy will leave you STUNNED

In the image, Sara is seen standing in a balcony and flashing a beautiful smile. The picture caught the eye of Bollywood’s chocolate boy Kartik Aaryan and singer Armaan Malik, who have liked the photograph. “All smiles in the city,” Sara captioned the image, which currently has 348,000 and 1,927 comments on the photo-sharing website. Also Read – Kartik Aaryan raps Sunny Singh for lying to Baahubali Prabhas – read deets

Her Instagram pictures are causing much excitement among her friends and fans, even as her rumoured friendship with Team India and Kolkata Knight Riders (KKR) batsman Shubham Gill is the subject of much speculation. However, the two have neither confirmed nor debunked the rumours. Also Read – Trending OTT News Today: Saif Ali Khan’s favourite Sacred Games scene, Kartik Aaryan reveals Dhamaka release date and more

Sara juggles between Mumbai, where her family stays, and London. She is currently studying medicine in a college in London and completed her schooling from Dhirubhai Ambani International School in Mumbai. She is very active on Instagram and currently enjoys a fan following of 1.4 million.

Meanwhile, Kartik recently wrapped up the shoot of his upcoming film Freddy. The movie will also have actress Alaya F in an interesting character. The shoot for ‘Freddy’ started in the early days of August. Kartik shot for the first schedule in Mahabaleshwar and continued for the second schedule soon after they returned to Mumbai. The romantic thriller is directer by Shashanka Ghosh.