Malaika Arora lists 3 things that turn her on in a man; Arjun Kapoor, are you listening? 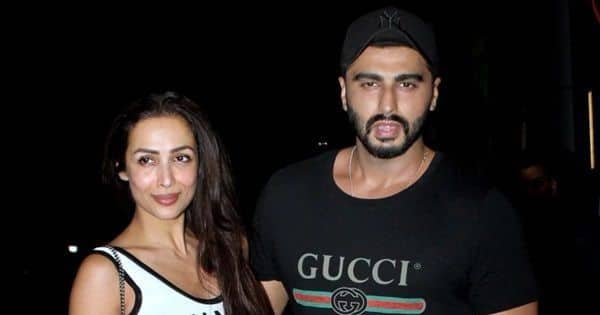 Malaika Arora lists 3 things that turn her on in a man; Arjun Kapoor, are you listening?

Malaika Arora and Milind Soman are back as judges in the second season of the reality show Supermodel Of The Year. In the latest episode, the two were seen having a candid conversation which revolved around crushes, turn-ons and turn-offs. And Malaika was quick to list 3 things that turn her on in a man. She also revealed that last text she sent to her beau Arjun Kapoor. Also Read – Trending OTT News Today: Aakashavaani trailer is mysterious, Ek Thi Begum 2 trailer is gripping, Bhoot Police continue to rule and more

“I really like a guy who is a little rough around the edges. I like that. Too prissy, chikna, nahi hota (or clean-shaven, I don’t like). Outrageously flirtatious. I like somebody who can kiss really well,” Malaika told Milind about the things that turn her on. Speaking about her biggest turn-off, Malaika replied, “a man who gossips.” Also Read – From Ranbir Kapoor to Ranveer Singh: 6 Bollywood celebs and their favourite football clubs

When Milind asked Malaika about her female and man crush, she replied, “I have an insane crush on Daniel Craig. Bond. Because I just know we will bond really well. Female crush, I would say Bella Hadid.” Also Read – Malaika Arora’s glam look in a magenta jumpsuit spells chic and sass — view pics

Milind then asked Malaika to name a person whom she would romanticize if she and her partner are allowed to one infidelity. To which, she replied, “Danny Boy. Listen yaar, have you seen him with the little shorts of his coming out of the ocean? Uff.”

Speaking about that one person who knows her inside out, Malaika said, “I would definitely say Arjun. He knows me, he gets me, he understands me, he annoys me.” She then went on reveal the last text she sent to Arjun which was, ‘I love you too.’

Malaika and Arjun have been dating for a while now and exploring their relationship. They made their love official in 2019 with a social media post. They were also living together during the nationwide lockdown and learned several new things about each other.