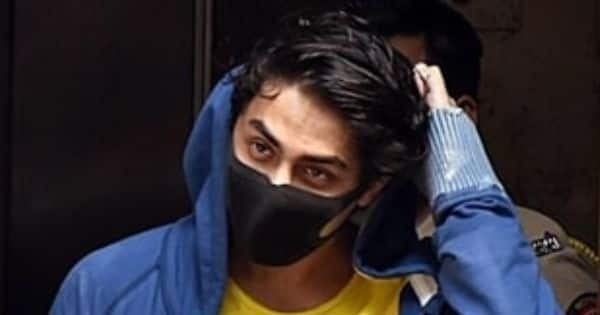 Aryan Khan not getting bail in the latest NCB drug probe after he and a few friends were detained from aboard a cruise ship has been the biggest talking point all over, dividing people across the country. NCB has kept gunning for custody extensions of Shah Rukh Khan’s son, which they’ve surprisingly received a second time after Aryan Khan’s lawyer, Satish Maneshinde, and his friend, Arbaaz Merchant’s advocate, Taraq K. Sayed, moved the court on Thursday, 7th October, to apply for regular bail for their clients. Also Read – Aryan Khan Case: Shah Rukh Khan’s driver called to NCB office for recording his statement – deets inside

It has come to light that the entire detainment and subsequent interrogation of Aryan Khan after being taken into custody from the cruise ship could be downright illegal as there have reportedly been no drugs that were recovered from his person or in his possession. A fact verified by none less that Vikas Singh, the lawyer who represented the late Sushant Singh Rajput last year, and became a poster child for the anti-Bollywood brigade against the alleged Bollywood drug nexus. Also Read – Post Aryan Khan’s arrest Byju’s pauses all ads featuring Shah Rukh Khan; here’s how much SRK earned annually from the ed-tech brand

In light of these allegations, many from the media, Bollywood, as also opposing political parties and those among the general public are crying foul play and a political conspiracy against Shah Rukh Khan to target his son, with no dirt being able to be found on him. Addressing these allegations before the press, Gyaneshwar Singh, Deputy Director-General of the Narcotics Control Bureau (NCB) recently said, “All allegations levelled against NCB are baseless, motivated, afterthought and prejudice. Such statements are based on conjecture and assumptions that are frivolous and malicious in view of documents and records produced by NCB-persons.” Also Read – Trending Entertainment News Today: Gauri Khan cries inconsolably after court sends Aryan Khan to jail; Suhana Khan reacts to Hrithik Roshan’s post and more

All allegations levelled against NCB are baseless, motivated, afterthought & prejudice. Such statements are based on conjecture & assumptions that are frivolous & malicious in view of documents & records produced by NCB: NCB Deputy DG Gyaneshwar Singh on drugs-on-cruise case pic.twitter.com/nam8GsjMaq

Which side of the fence do you fall on? Tweet and let us know @bollywood_life .