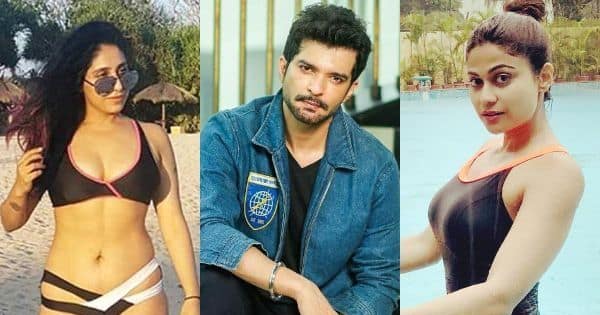 In today’s episode of Bigg Boss OTT, we can expect some major developments, especially with it marking the onset of a new weekend in the Bigg Bosss house, which means host Karan Johar will be back to throw a wrench in everyone’s plans. Of course, with the focus being on Shamita Shetty and Raqesh Bapat’s relationship, we could expect some new sugar and spice in the romance department, too, while Neha Bhasin is bound to not disappoint as usual when it comes to both fights and raising the hotness quotient on Bigg Boss OTT, with Pratik Sehajpal also lending his weight when it comes to crating acrimony in the house.

Today’s episode of Bigg Boss OTT centred on Divya Agarwal and Muskaan Jattana conveying their thoughts silently by writing on a white board, Neha Bhasin taking multiple digs at Raqesh Bapat and Shamita Shetty wishes that he opens up more to her, eventually making a shocking revelation about her past.

The main piece of attraction on today’s episode of centred on Divya Agarwal and Muskaan Jattana conveying their thoughts silently by writing on a white board as instructed by Bigg Boss.

Neha Bhasin decides to take a dig at Raqesh Bapat, chiding him for how he’s been playing the game, how he’s changed his stance and how he’s lost the plot, leaving the latter peeved and remonstrating that he’s never had a stance.

After seeing him getting irritated, Shamita Shetty tries to calm Raqesh down and wishes that he shares what’s troubling him, When she’s unable to get through to him, she reveals how she it took a lot for her to let him in and hug him, and wishes that he opens up more. She also discloses how it’s been very difficult for her growing up and is fully aware that they’re two broken individuals tryin to connect, but she’ll feel really good if he lets her in more.

Opening up further, Shamita Shetty makes a shocking revelation that she lost her first boyfriend, merely at the age of 18, which had left her shattered, while also sharing that they’ve been things about her past (without naming them) that were extremely difficult for her family to accept, thus lamenting whenever Raqesh shuts down before her. He explains that it’s important for him to prioritise his happiness, which is why when people like Neha try to instigate him, he merely withdraws. However, Shamita laments that he doesn’t support her enough whereas she always supports him before PRatik Sehajpal and Neha Bhasin and it also hurts her when he doesn’t reciprocate more while she keeps showing her feelings to him, emphasising how she’s a fierce loyalist.

Shamita then makes it knowns to Raqesh that she felt cornered when he called her “bossy” in the previous episode, whereas he explained that he doesn’t need her to fight his battles, which she agreed that she needs to work on and it ended with her hugging him and touching his face further.

So, how do you think Shamita Shetty and Raqesh Bapat’s relationship will evolve in the upcoming episodes and will Neha or Pratik or both manage to drive a wedge between them? Stay tuned…