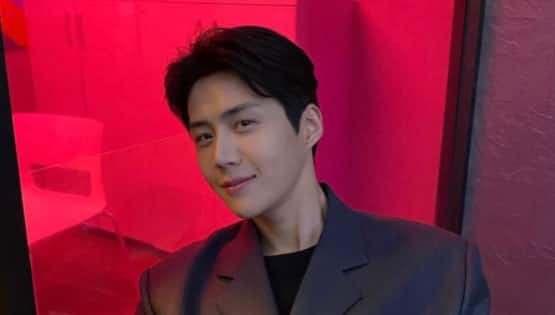 Netflix’s Hometown Cha Cha Cha won hearts all over the globe with the heart-warming love story of Dr Yoon (Shin Min Ah) and Hong Du-sik (Kim Seon Ho). But the male lead of the show Kim Seon Ho, who was being hailed as the next big thing in the world of K-Dramas could hardly enjoy his success. Two days ago, a woman anonymously posted on a community forum that she had an alleged relationship with a K-drama actor whose name starts with K. While the names of many actors cropped up in the minds of Korean public and K-Drama lovers, everyone was praying that it is not Kim Seon Ho. It seems there were a couple of sentences in the post which made people doubt on him.

Now, Kim Seon Ho has come out in the open about the controversy confirming that it was indeed him. He has sent put a public apology to the woman in concern and his fans, which grew manifold after Hometown Cha Cha Cha. He wrote, “This is Kim Seon Ho. I sincerely apologize for the delay in my statement. A short time ago, after the article referring to me was released, I experienced that fear for the first time, and I finally was able to write something. I had met that person with good feelings and intentions. In the process [of meeting them], I hurt them with my carelessness and inconsiderate behavior. I wanted to meet them in person and apologize first, but I have not been able to properly apologize to them and I am waiting for the time to do so. First of all, I would like to sincerely apologize to them through this post. I am sorry for disappointing everyone who trusted me and supported me right to the end. Because there were people who supported me, I was able to stand here as the actor Kim Seon Ho, but I forgot about that. I am sorry to cause an issue to many people and the officials who I have worked with due to my shortcomings. I would like to sincerely apologize to everyone who has been hurt. I know that my writing will not fully reach into the hearts of everyone, but I am expressing my feelings and sincerity like this. I am very sorry.”

His agency Salt Entertainment also issued a statement apologizing to everyone who was hurt with the private actions of their star client. Well, for those who missed it, this lady who is termed as girlfriend A by the K-media said that they were in a relationship in 2020, but when she informed him that she was pregnant he manipulated her into having an abortion. She said that he promised her marriage but later split up. The impact of the scandal on Kim Seon Ho’s career is expected to be a huge one as he had signed up for three films of late. Kim Seon Ho is also leaving the KBS variety show 2 Days 1 Night as per K-media reports.