New Bollywood films releasing in October 2021 in theatres, OTT that will keep you hooked to the screens 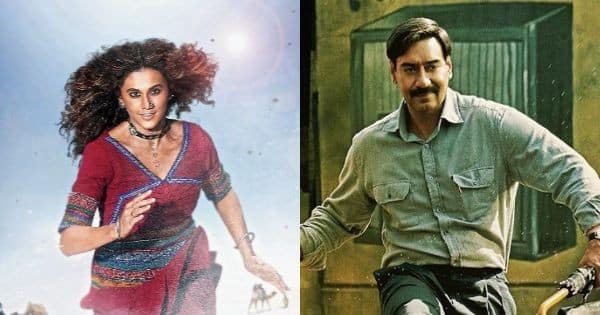 New Bollywood films releasing in October 2021 in theatres, OTT that will keep you hooked to the screens

Here is a list of new films which will be released in October. What are you waiting for, curl up on the couch with your favourite snack or grab a bucket of popcorn at the movie theatre and enjoy these films. Also Read – The Casino: ZEE5 unveils the stylish and intriguing poster of the new web series

Kangana Ranaut’s Dhakkad is an action-thriller film which will release on 1st October. The film is directed by Razneesh Ghai and will also star Arjun Rampal and Divya Dutta in prominent roles. Also Read – Diganth Manchale and Aindrita Ray Wedding: Inside photos from the mehendi ceremony – view pics

Ravan Leela is a historical drama that is based on religious conflicts and romance. The film is directed by Hardik Gajjar and will star Pratik Gandhi and Aindrita Ray in lead roles. The movie is set to release on October 1st.

Directed by Kunal Deshmukh, Shiddat: Journey Beyond Love is a romantic drama that stars Radhika Madan, Sunny Kaushal, Mohit Raina, and Diana Penty in lead roles. The film will be released on Disney+ Hotstar on October 1st.

Ajay Devgan’s starrer film Maidaan is a biographical sports film. Amit Sharma has directed the movie and it will be released in theatres on October 15.

Tapsee Pannu’s stareer Rashmi Rocket is a sports-drama film directed by Akarsh Khurana. The film also stars Priyanshu Painyuli and Abhishek Banerjee in the main roles. The film is set to premiere on the ZEE5 app on October 15th.

This film is a biopic about Udham Singh, a revolutionary freedom fighter who assassinated Michael O’Dwyer, the former Lieutenant Governor of Punjab in British India in 1940 to avenge the 1919 Jallianwala Bagh massacre. Shoojit Sircar had directed the film and it will star Vicky Kaushal as Udham Singh. The film will be released on Amazon Prime Video on October 16th.