Not Shah Rukh Khan, but THIS other Khan was the first choice for Dilwale Dulhania Le Jayenge 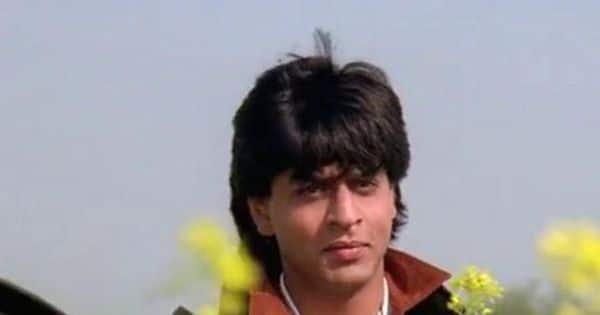 Not Shah Rukh Khan, but THIS other Khan was the first choice for Dilwale Dulhania Le Jayenge

Several decades have gone by but Dilwale Dulhania Le Jayenge (DDLJ) remains the most cherished Indian love story of moviegoers. It’s been 25 years since Dilwale Dulhania Le Jayenge (DDLJ) released in 1995, and people still believe in the concept of true love, made immortal by Raj (played by Shah Rukh Khan) and Simran (Kajol), that will come and find them some day. But what if Shah Rukh Khan hadn’t been the Raj that you all look for? Also Read – 2 Years of War: Hrithik Roshan, Tiger Shroff, Vaani Kapoor, Siddharth Anand recall their BEST MEMORIES of the spy blockbuster

Many might not know that Shah Rukh Khan wasn’t the first choice of director Aditya Chopra for the cult romance drama. It will also surprise you to know that Saif Ali Khan was initially offered the role of Raj Malhotra opposite Kajol. However, Saif couldn’t align his dates with the movie’s schedule. Aditya even wanted Tom Cruise to play Raj in DDLJ but Yash Chopra didn’t want a foreign star to be in the movie. After much thought, the role eventually landed in Shah Rukh Khan’s kitty and the rest is history. Also Read – Tiger 3: Emraan Hashmi joins Salman Khan-Katrina Kaif in Turkey putting an end to all the speculations about his role in the action entertainer

Last year, the Aditya Chopra blockbuster was being screened in Maratha Mandir, the cinema hall where the film had a record-breaking 1,274-week run before it was forced to temporarily shut down in March owing to Covid-19 outbreak. Also Read – From Anushka Sharma-Virat Kohli’s daughter Vamika to Kareena Kapoor-Saif Ali Khan’s son Jeh: First glimpse of star kids fans are eagerly waiting for

The romantic drama was made at a budget of Rs 4 crore, emerged a blockbuster, collecting Rs 102.50 crore worldwide upon release in 1995.