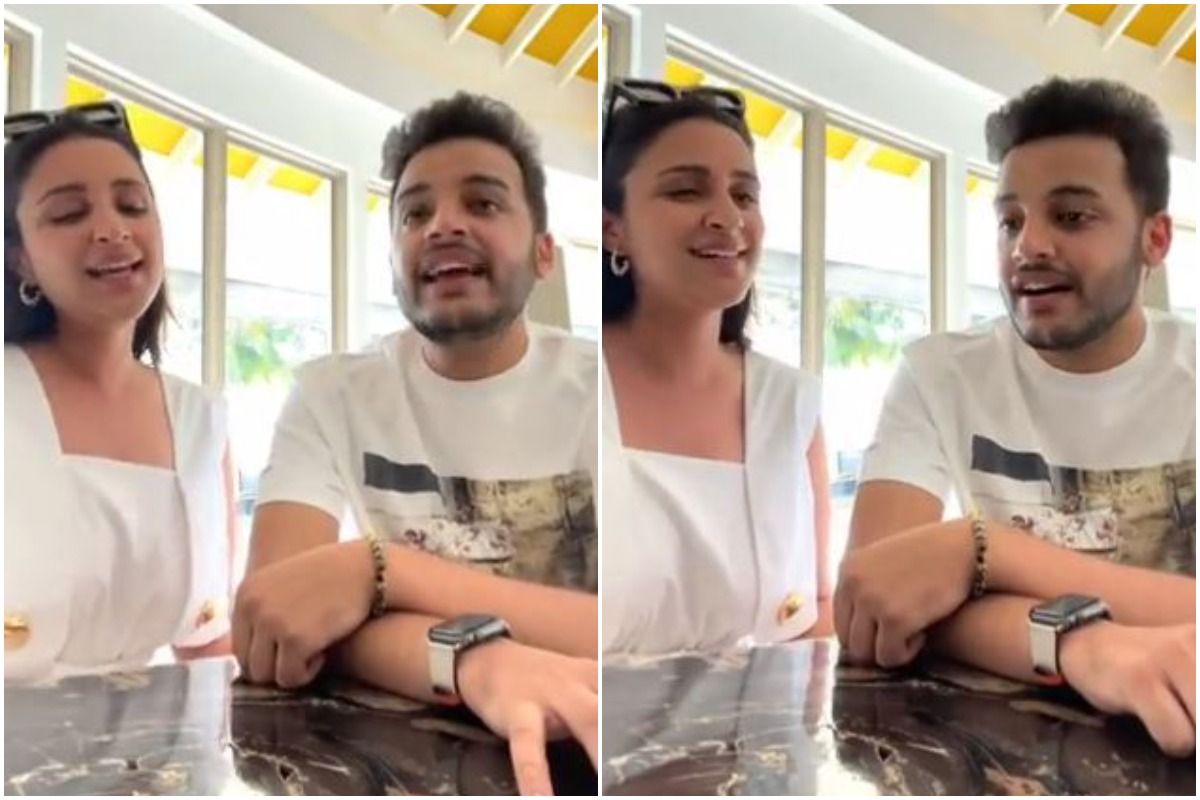 Mumbai: Parineeti Chopra has already showcased what a brilliant actor she is with several spectacular performances in movies like Saina, The Girl on the Train, Kesari among others. Fans also know what a brilliant singer she is. Once again, the actor is ruling social media now with her voice.Also Read – Parineeti Chopra Has Faced Gender Discrimination: Biggest Revelation | Watch Exclusive Interview

Parineeti Chopra took to social media sharing a video of herself in which she can be seen singing Alia Bhatt starrer Kalank’s title track. While Parineeti’s brother Shivang Chopra joins her as well, their voice is winning hearts on social media. Several fans took to Twitter appreciating Parineeti’s voice and mentioned that she can be an amazing singer. “OMG PARI So beautiful and underrated, especially the piya re part was so beautiful because no one gives importance to that part, and I absolutely love this,” one of the fans wrote. Another social media user wrote, “Is that her brother? Pura khandaan hi talented hai kya?” Also Read – Parineeti Chopra Shares Absolutely Hot Picture In A Black Bikini, Leaves Sister Priyanka Chopra Jealous

The way they are moving their heads in sync… 😭😭😭😭😭😭@ParineetiChopra @shivangchopra99 please I’m begging… record and release a full cover… What’s stopping you??? 😭😭😭😭😭😭 https://t.co/FWqz9tjg8T

Can morning be any good?! This has made our day 🥺
Thank you @ParineetiChopra ❤ pic.twitter.com/7D0foifBqO

Meanwhile, Parineeti Chopra is currently enjoying in the Maldives with her family. The actor took to social media sharing some drop-dead pictures from her vacation.

On the work front, Parineeti Chopra was last seen in Saina. She also starred in Sandeep Aur Pinky Faraar and The Girl On The Train.