Pounds its way through its flaws through an unprecedented triple threat combo of paranormal, home invasion and creature thrills 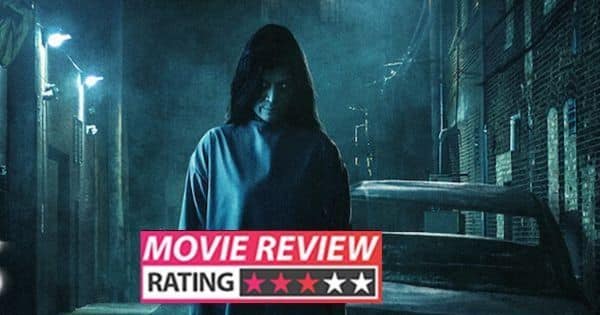 Pounds its way through its flaws through an unprecedented triple threat combo of paranormal, home invasion and creature thrills

Mixing and matching of horror sub-genres is slowly and steadily gaining traction of late. In such a scenario, Netflix’s No One Gets Out Alive arrives amalgamating not two, but three types of horror movies – paranormal, home invasion, and creature feature – and almost pulls it off. It goes through phases of the aforementioned order and for the deviate nature of its plot, coupled with its narrative shortcomings, manages to keep us fairly engrossed out of curiosity to know where it’s all headed. Thankfully, the climax and subsequent denouement are both reasonably satisfying, throwing up some neat shocks with the final union of the triumvirate of sub-genres and leaving an open ending that supercedes annoyance with interest. Some good, gory kills, a decent atmosphere and good acting from everyone also add to the efficacy of the horror. Also Read – Amber Heard RESPONDS to demands for her ouster from Aquaman 2, following ex-husband Johnny Depp’s removal from Fantastic Beasts 3

READ ALSO |  Akshay Kumar's best since Baby and Airlift; a thriller set to go down as a Bollywood classic

Watch the No One Gets Out Alive trailer below:

The narrative flaws alluded to above are more than few and pretty prominent to overlook, which, merged with the derivative plot and its loopholes, more than tests your patience till the movie really picks up in the final half hour. And filmmakers really need to take stock of how redundant jump scares are these days, most of which do nothing to spook you and you see from miles away, unless your name is James Wan that is. And, surprisingly, at just about 85 minutes, Mark Towns’ cuts still manage to drag proceedings in the middle of the film.

Plot-holes, derivative writing, and some questionable direction and editing aside, No One Gets Out Alive makes good use of its trifecta of horror sub-genres to come up with a scary ride that just about sets the tone for Halloween month. I’m going with 3 out of 5 stars.