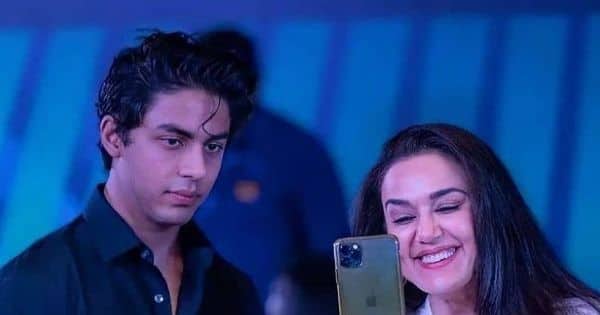 The bad news does not seem to end for Shah Rukh Khan and Gauri Khan. Aryan Khan’s bail hearing has been postponed to October 20, 2021. The judge said that there were three hearings and they did not have time. ASG Anil Singh who is representing the NCB has said that there is proof that he had allegedly been in touch with drug peddlers for some time now and procured contraband. Now, Aryan Khan has been moved from the quarantine cell to the common barracks that hold around 500 people. It is indeed a scary situation for the parents as Arthur Road Prison is known for hard core criminals which include sex offenders. Also Read – Aryan Khan to stay in the normal ward of Arthur Road jail till October 20: His clothes, food, routine – a look at what lies ahead for the star kid

Preity Zinta was seen at Shah Rukh Khan and Gauri’s residence in the evening. She is the latest star who came in to show her solidarity. After Aryan Khan’s bail was denied in the first time, it was Karan Johar who had come to his place with lawyer Rustam N Mulla. Others like Salman Khan, Alvira Agnihotri, Maheep Kapoor, Shabina Khan and Seema Kapoor have also visited the superstar’s residence. It seems Aryan Khan has been surviving on water and biscuits as he does not wish to use the bathroom in the jail premises. Also Read – Fact Check: Was Aryan Khan really slapped twice in jail? Was Shah Rukh Khan schooled by NCB’s Sameer Wankhede to do the same?

Aryan Khan was taken from a cruiseliner along with his friends Arbaaz Seth Merchant and Munmum Dhamecha. The defence has argued that no drug was recovered in person. ASG Anil Singh has said that it is similar to what happened in case of Rhea Chakraborty and her brother, Showik. Fans will remember that even she spent a couple of months in jail while her brother was housed for three months. There is immense criticism of the court on social media. We do not know will be the next step of Shah Rukh Khan. As per reports, senior counsel Satish Maneshinde looked upset after the bail hearing was postponed. Also Read – 6 more days in jail: BIG SHOCK to Shah Rukh Khan – Gauri Khan; order on Aryan Khan’s bail plea to be announced on October 20