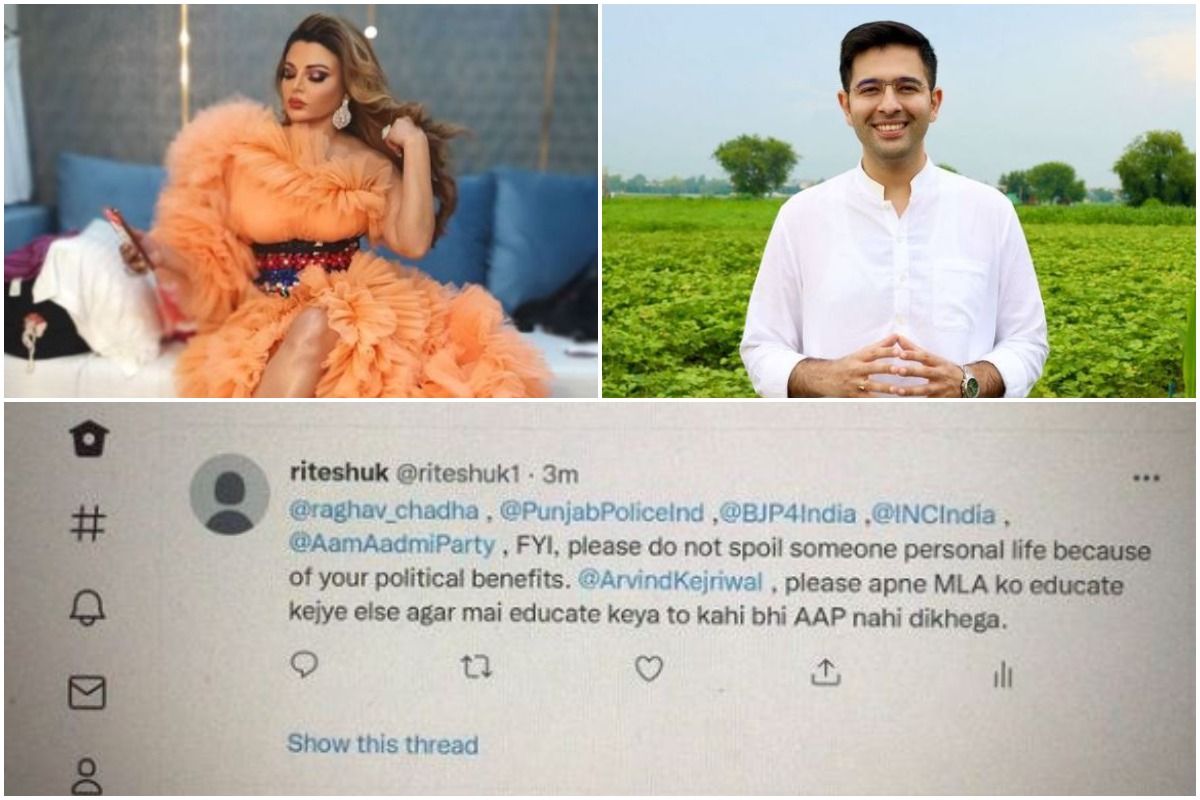 Rakhi Sawant took to social media and shared a screenshot of her husband’s Tweet in which he had warned Raghav Chadha and had also asked Delhi Chief Minister Arvind Kejriwal to ‘educate’ his MLA. “Please do not spoil someone personal life because of your political benefits. @ArvindKejriwal, please apne MLA ko educate kejye else agar mai educate keya to kahi bhi AAP nahi dikhega.” Also Read – Kavita Kaushik Takes Jibe at AAP’s Raghav Chadha For Calling Navjot Sidhu ‘Rakhi Sawant of Punjab Politics’: She is a Compliment

It all started after AAP spokesperson Raghav Chadha compared Navjot Singh Sidhu to the Bigg Boss fame and wrote, “The Rakhi Sawant of Punjab politics -Navjot Singh Sidhu- has received a scolding from Congress high command for non-stop rant against Capt. Therefore today, for a change, he went after Arvind Kejriwal. Wait till tomorrow for he shall resume his diatribe against Capt with vehemence.”

Raghav Chadha’s comment has also disappointed netizens who are calling this a display of “despicable misogyny” and are demanding an apology from him.