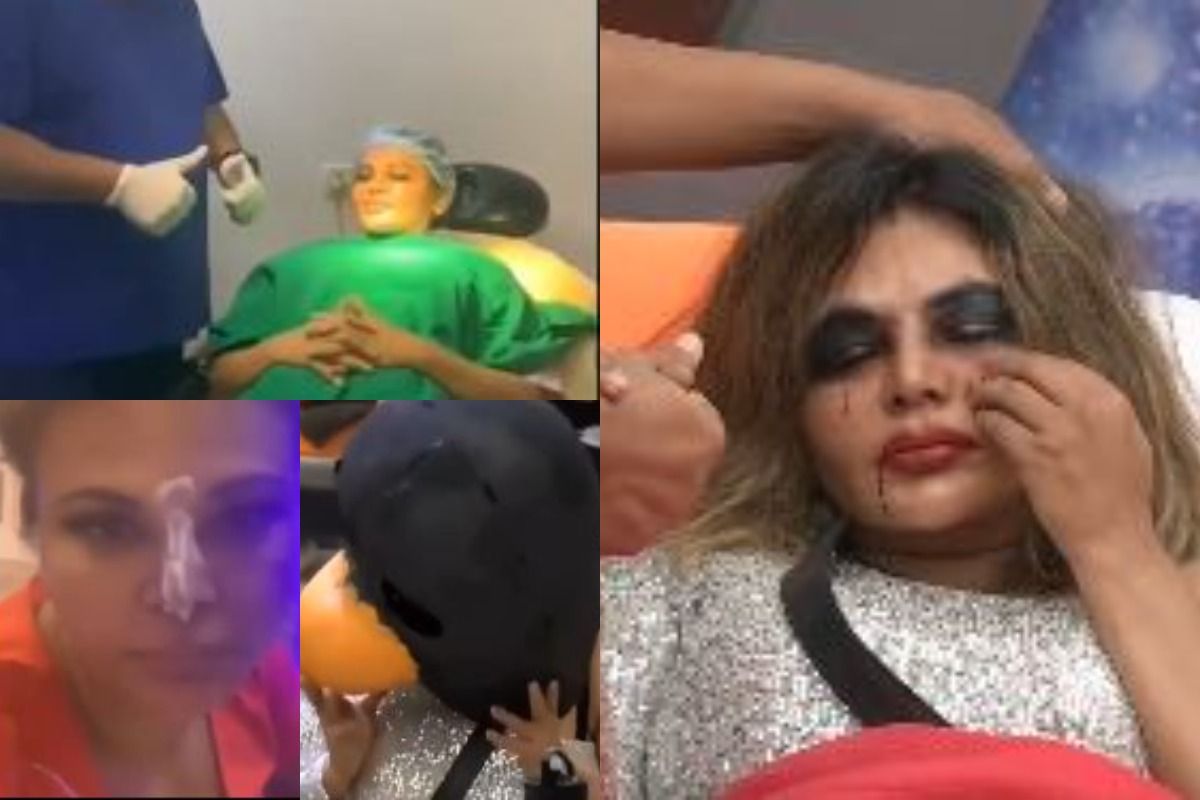 Mumbai: Rakhi Sawant recently underwent nose surgery months after getting injured in Bigg Boss 14 after her fight with Jasmin Bhasin and Nikki Tamboli. In a new video on Instagram, she revealed that how she went through unbearable pain, and that she is relieved now. She explained in the caption that she was severely hurt and apart from one or two people, nobody came forward to help her.Also Read – Bigg Boss OTT Gossip: Rakhi Sawant-Urfi Javed Laugh At Zeeshan Khan After His Eviction, Call It ‘Karma’

The video begins with the glimpse of the Bigg Boss 14 fight after which she allegedly suffered nose injury. Jasmin Bhasin and Nikki Tamboli are seen mocking her, post which Jasmin puts the penguin face mask on Rakhi’s head, which left her nose injured. The video then cuts to the time when she was at the clinic for the nose surgery. Later,  she comes out of the surgery smiling. Also Read – Rakhi Sawant Recalls Her Struggling Days and How Farah Khan ‘Discovered’ Her: ‘I Wrapped Curtains Around My Clothes’

During the incident inside Bigg Boss 14 house, Jasmin had put a paper made hat on Rakhi’s head that injured her nose and left her in immense pain. Later, Jasmin made fun of Rakhi saying that her ‘surgical nose’ got hurt with a paper hat. Rakhi was one of the top five finalists on the show but later resorted to accepting a bounty worth Rs 14 lakh and left the show.

Rakhi Sawant finally returned to television screens with her appearance on Bigg Boss 14. After her stint on Bigg Boss 14, she is often seen interacting and sharing her opinion on relevant topics. Her mother is suffering from cancer and recently underwent surgery for the same.