Rhea Chakraborty being wooed by the makers with a ‘historical fee’? Read deets 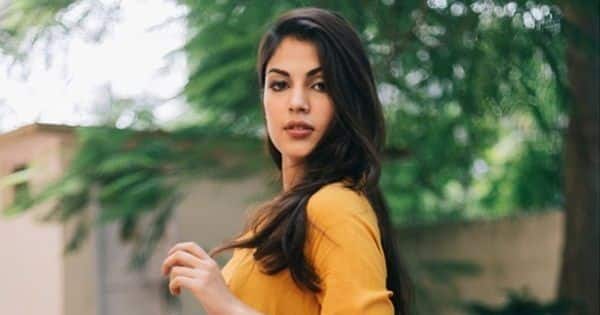 Rhea Chakraborty being wooed by the makers with a ‘historical fee’? Read deets

One thing Bigg Boss 15 fans are damn curious about is the participation of Rhea Chakraborty. The lady was seen outside last evening with the likes of Tejasswi Prakash and Dalljiet Kaur. People are wondering if she is also going to join Salman Khan’s show. As of now, it looks like she went for a skin pampering session. Now, all the contestants make a last minute trip to the salon before entering the house. People are thinking if Rhea Chakraborty is also entering the house. There is a lot of interest around her till date. We know how difficult it is for them to maintain themselves inside. In fact, readymade food is sent one day of the week so that they can groom themselves instead of bothering about cooking. Also Read – Bigg Boss 15: Doctor, lawyer, engineer — The educational qualifications of Umar Riaz, Pratik Sehajpal and Tejasswi Prakash and more contestants prove this is a season of skilled professionals

Now, The Real Khabri has said that the makers are still in conversation with Rhea Chakraborty and that they’re ready to offer her a fee which is unexpected and unheard of in the history of the show. Also Read – Bigg Boss 15 Confirmed Contestants: Meet the FINAL 12 celebs who will participate in Salman Khan’s show

There’s still lot of suspense over #RheaChakraborty entry in #BiggBoss15

No Final decision as of now

In the past, there have been very few contestants who made news only with their fee. One of them was Rimi Sen who got unprecedented amount. Rhea Chakraborty’s Chehre is yet to release. The actress has been on the radar of the Bigg Boss makers due to the buzz around her. She has not been working also for a very long time. Bigg Boss 15 could be a game-changer for her. Also Read – Bigg Boss 15 Big Breaking! Afsana Khan runs away from the quarantine hotel due to panic attacks? This is what her team has to say – EXCLUSIVE