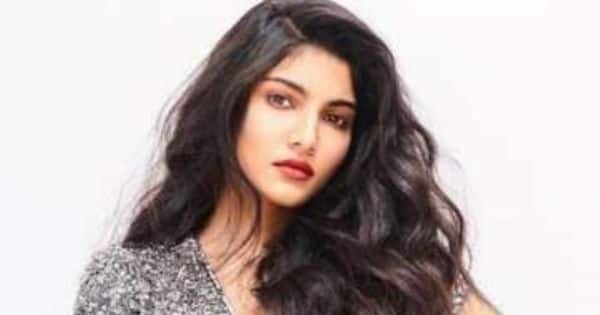 Salman Khan’s niece Alizeh Agnihotri may be on her way of Bollywood debut but she is already rocking on the internet. She took to Instagram to share some pics from her modelling gig. Her assignment was for a jewellery brand. As you might be aware, Alizeh is the daughter of Salman’s sister Alvira Khan and producer Atul Agnihotri. Also Read – From Arhaan Khan to Alizeh Agnihotri – which of Salman Khan’s nephews and nieces do you think is the most Bollywood ready? View pics

Alizeh wearing a green outfit and posing against a glass pane. She is looking really great. The other pictures are of the jewellery worn by her. Have a look at the post below: Also Read – Salman Khan’s niece Alizeh Agnihotri to make her Bollywood debut opposite THIS star kid?

Fans are drooling over her look. “@alizehagnihotri killing it,” one user wrote. “Oooooo this look @alizehagnihotri,” another user commented. Many other fans used adjectives like ‘pretty’, ‘stunning’ and ‘beautiful’ to describe her. Also Read – Salman Khan, Iulia Vantur and others make merry at Arbaaz Khan’s party – view HQ pics

According to past reports, Alizeh will be seen making her Bollywood debut with Avnish Barjatya’s untitled next. Avnish is filmmaker Sooraj Barjatya’s son, who is known for helming films like Hum Aapke Hain Koun, Maine Pyar Kiya, Hum Saath Saath Hain, Vivah, Prem Ratan Dhan Payo and others. It is believed that the film will also mark the debut of Sunny Deol’s younger son Rajvir.

“Alizeh has been going to acting and dance classes and Salman is monitoring her progress very closely. They want to give a perfect launch to Alizeh and are looking for scripts.,” a source had revealed.

Well, let’s wait and watch how things go for Alizeh.