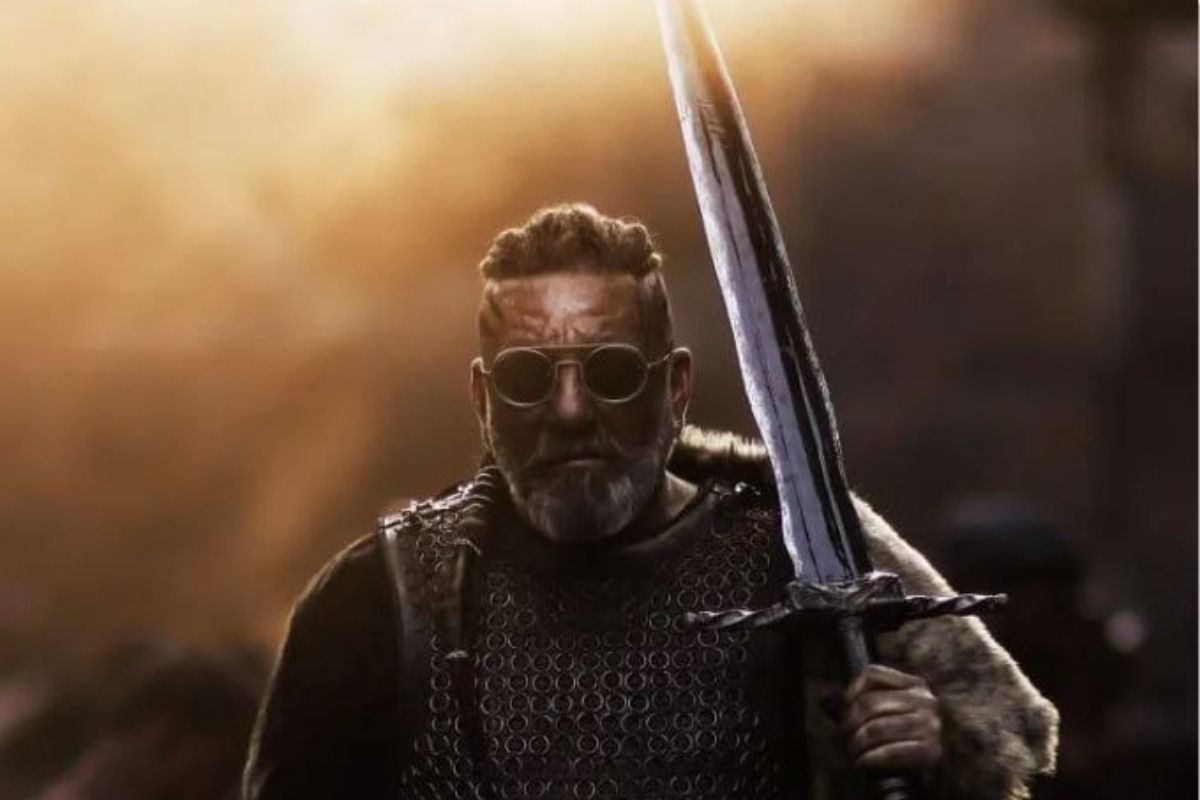 Mumbai: Actor Sanjay Dutt treated his fans to the new look of his character Adheera from the upcoming film KGF Chapter 2 on the occasion of his 62nd birthday. Taking to Instagram, Sanjay shared a poster, wherein we can see him walking in style while holding a sword in his hand and resting it on one of his shoulders. He teamed up his look with heavy armour. For the unversed, Sanjay Dutt will be seen essaying the role of the antagonist Adheera in KGF Chapter 2, which is a follow-up of the Kannada blockbuster KGF: Chapter 1. Along with the poster, Sanjay penned a few words describing his experience working on the film. “Thank you so much everyone for all the warm birthday wishes. Working on #KGFChapter2 has been amazing. I know you all have been waiting for the film’s release for a long time and I assure you that it’ll be worth the wait! #Adheera,” he wrote.Also Read – Zaalima Coca Cola Twitter Review: Nora Fatehi’s Song Receives Mixed Reactions, Netizens Begin Hilarious Meme Fest

Sanjay Dutt’s look in the new poster has impressed his fans a lot. “Killer baba,” a social media user commented. Apart from praises for his look in the film, Sanjay has also garnered several birthday wishes from his fans and members of the film industry. Actor Ajay Devgn tweeted: “Happy Birthday dearest Sanj. Have the best year ever BRO. Happiness forever.” Also Read – Zaalima Coca Cola Song Out: Nora Fatehi Burns Dance Floor With Her Killer Moves From Bhuj The Pride of India | Watch

Sanjay Dutt’s wife Maanayata also wished the superstar while sharing a photograph. “Wishing you a day of happy moments and a year of happy days😇…wishing you love, peace ,health and success ❤️…may God always play in your team and continue to bless you with the courage and the fighting spirit that you have in your life… love you❤️🤗😘#happybirthday #love #grace #positivity #dutts #beautyfullife #thankyougod 🙏”.

Sanjay’s sister and politician Priya Dutt, too, penned a heartfelt wish for him on his birthday. Taking to Instagram, Priya posted a video featuring images of Sanjay from different phases of his life. “Life has thrown many a punches at you, but with your strength, courage and resilience you have always picked yourself up and faced the challenges. God made only one like you, then broke the mould and I am proud to be a little part of that mould. Happy Birthday my brother, wishing you good health and happiness always,” she wrote.